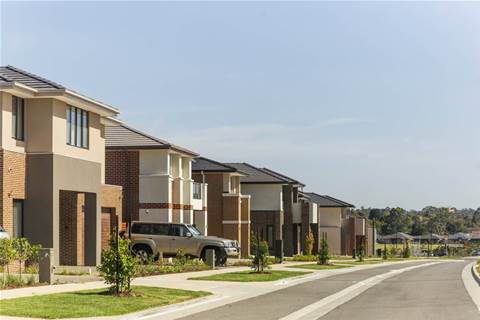 The HIA is Australia’s peak national industry association for the residential construction and home building, renovation and development industry. It advocates policy on behalf of members to further advance new home building and renovating to help provide affordable and appropriate housing to the Australian population.

Speaking to CRN sibling site Digital Nation, HIA general manager of digital Ben Brooker said the organisation and the industry as a whole were usually a technological and digital laggard, but has changed recently as it ramped up digitalisation efforts.

“We've got lots of disparate tools and things in the market, it's about bringing it all under one umbrella and making sure that digitally we have a strong brand presence,” Brooker told Digital Nation.

After exploring options for potential upgrades, HIA decided to upgrade its existing Sitecore platform to resolve issues like not being able to handle conversions, prompts or onboarding functions.

The organisation selected Switch, a platinum Sitecore partner, to deploy the upgrade following a competitive process.

Switch chief executive Steve Nelson told CRN that the MSP’s pitch considered the strategy behind what HIA’s solution would look like based on its previous Sitecore deployments, and that it resonated with HIA and may have been the reason why they were selected.

““Digital has often been seen as a silver bullet to solve a broad range of challenges. For some organisations, the thought is, ‘lets just get a website live and that will solve a range of challenges,’ but when you are at an enterprise level and placing your customer at the centre of everything, it requires a defined strategy that can scale as the businesses evolves and customers requirements change,” Nelson said.

“Now, if you don’t do that from the start, you’re going to find you’re not going to utilise the capability of the platform which drives organisations to question the investment that they’ve made.

“So when we look at the project and identify those kinds of elements, we have a structure in terms of when we gain customers and talk about what their vision, goals and metrics will be long term for the solution. [These include] how success is going to be measured, what are customers really needing in a solution. That allows us to chart a path forward, but also they measure it quite accurately.”

Nelson said that despite challenges with the COVID-19 pandemic, it didn’t create as much of a speed hump and the upgrade was completed on schedule. He cited Switch’s project methodology and its collaborative efforts and teamwork with HIA that allowed the company to be highly transparent throughout the project’s duration.

“We worked from an Agile perspective, where those fortnightly sprints became much easier to showcase the progress that we're making, working from the backlog that we're effectively grooming along with the customer to ensure that what's being delivered is aligning to what their objectives and priorities are,” he said.

Looking ahead, Nelson said that HIA “have defined a range of new features and functionality to further enhance their customer's experience” and is looking to build upon the early success the two companies have achieved since going live with its digital transformation plans.

“I think [HIA] has seen some early success and they’ve got some really good outcomes that they've seen straight away,” Nelson said.

“For HIA in particular, that’s really good validation of not only the solution that they've upgraded to, but the process which they've gone through is really landing with their customers.”