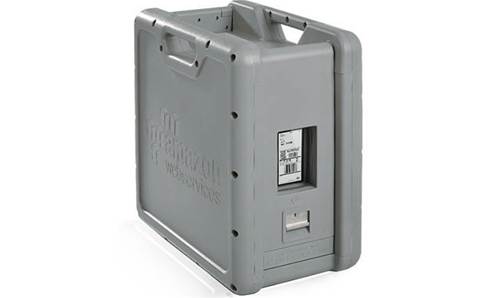 New South Wales Police have charged a 26-year-old Sydney man for allegedly stealing more than $600,000 worth of AWS Snowball mass storage units after a joint investigation with the FBI.

Police said the man was sent 31 devices between April and October 2017 by a "web-based storage solution company" in the US, which ABC Local identified as AWS.

Snowball devices can be rented from AWS to physical migrate data from on-premises hardware into Amazon's public cloud. Customers are required to return the devices back to AWS in the US after use.

Despite extensive attempts by authorities, the devices were not returned to the US. The man was arrested and taken to Waverley Police Station on Thursday after police executed a search warrant at a home in the eastern Sydney suburb of Bronte on Thursday.

The man faced court today on larceny charges and was refused bail.

After executing a search warrant at a home in Bronte, police said they were able to locate 30 devices which had their internal components removed. Police noted that, due to the design of the devices, there was no potential for the data on board to have been compromised.

Investigations into the on-sale of internal components are ongoing.

“We now live in a global economy, which means the technology we enjoy can also be exploited by from anywhere and target anyone,” Craft said.

“Therefore, to effectively target cyber and tech-related crimes, it needs to be a collaborative international approach, not only from law enforcement, but also from private enterprise.

“This investigation – and yesterday’s arrest – shows we are connected to law enforcement and industry partners worldwide, and the high-level of cooperation has allowed us to move quickly to identify the location of the devices”.