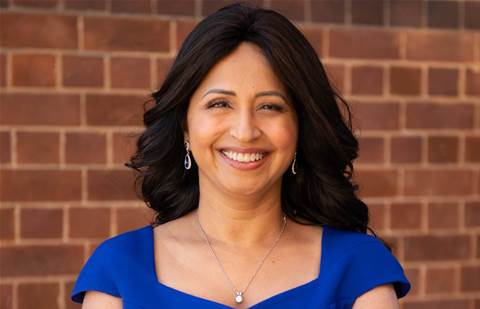 Sydney-based Microsoft and Telstra partner Digital Armour Corporation is celebrating its 20th year in business, while raking in a number of accolades along the way.

Co-founder and chief executive Maria Padisetti spoke to CRN about Digital Armour’s journey from its origins in the family home’s kitchen, to a 60-strong team across four countries.

“Digital Armour turns 20 today… what a journey it has been,” Padisetti said in a LinkedIn post last week. “Today we get to celebrate with our team, customers and partners - many of whom have been with us through many wins and challenges.”

Following a brief career in the telco space across Australia and New Zealand, Padisetti founded Digital Armour in 2002 with her husband (and current chief operating officer) Mani Padisetti at their family home in Sydney. To run their new business, the house at the time was kitted out with a full PABX system to power some help desks strewn around the premises.

“We started off as an open source shop — we obviously did some more traditional stuff, but we worked with a significant portion of open source like the Asterisk PBX platform,” Padisetti said.

“When we first started we scored a number of large clients within the first two years, like the now-defunct Wonderland Sydney amusement park and FremantleMedia Australia.

“We had a lot of Linux engineers, Open Office engineers and we later took on some open source ERPs in addition to the infrastructure side of open source, which helped us get a couple of implementations.”

Padisetti said Digital Armour then realised “very quickly” that Australia wasn’t very good in the adoption of open source, so ultimately the company couldn’t see growth in the space. “So then we switched over and we started to become a strong Microsoft house,” she said.

The switch happened in 2007, which was still relatively early in the company’s life, and business started to pick up with some early client wins, and had even prompted the expansion into offshore locations.

Digital Armour was also one of the first incubator partners for Microsoft’s Office 365, and later did some of its first few implementations. At the time, Telstra was the sole Office 365 distributor in Australia for small and medium businesses, which eventually led to the telco also becoming a major partner for Digital Armour.

Microsoft and Telstra eventually dropped the exclusivity deal in 2013.

“The partnerships with Microsoft and Telstra skyrocketed things for us, and as a result, we had to get more staff and retrain some of our existing staff,” Padisetti said.

Padisetti credited husband and co-founder Mani for having the foresight to make the move and for being “quite a visionary”, enabling Digital Armour to be quick to make decisions.

She also credited Digital Armour’s strong relationships for its success, and the company’s willingness to take on more complex projects.

“Customers do complex things with us because we’re quite upfront about it - some that might likely be the first to do a certain implementation are told there will be pain along the way,” Padisetti said.

One such project was a customer win with animal welfare organisation RSPCA NSW, upgrading its systems to Office 365 to modernise operations for its 500 employees, 1500 volunteers and 1600 foster animal carers.

Padisetti said another major asset for Digital Armour is the personnel, and that experience taught them to communicate exactly what sort of people the company needed.

“We’ve had personnel issues in the past because we were not very clear — what you want in life as a 20-something is different compared to when one is in their 30s and 40s,” she said. “Now my husband and I are clear about what we want and don’t want in business, so as a result, we get the kind of people we need.”

Last year, Padisetti spoke to CRN for a deep dive into her start in the tech industry and becoming a bit of a social media darling among the Australian IT channel.

Grow your software revenue by selling these 5 affordable, essential tools for the modern workplace
By Nico Arboleda
Feb 11 2022
6:13PM