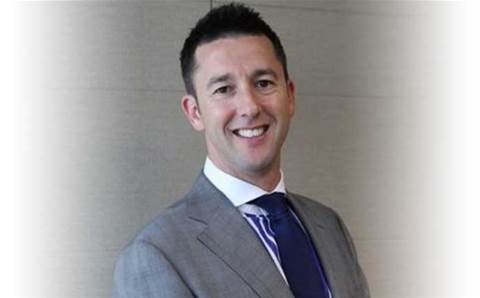 Brennan IT chief executive Stephen Sims has guided the Sydney managed services provider to revenue of $93.8 million and a $3.39 million profit in his first year at the helm.

The MSP saw revenue up $1.84 million, or about two percent, in the year ending 30 June, according to the most recent annual report lodged with corporate regulator ASIC.

Speaking to CRN, Sims said his 10 years with the company made for a smooth transition when he stepped into the chief executive chair in late 2015.

Sims said one of the big achievements was refocusing the team to grow the services side of the business, with the objective to double that segment in three years.

“Managed services is our core offering. It is what the business was originally built on and I have spent a lot of time simplifying what we do to ensure everyone is focused in the areas where we can add the most value to our clients: managing their IT&T environments so they can focus on their core business,” he said.

“Although the consolidated result does not look overly positive at single-digit growth, the strategy was to refocus the team on managed services rather than selling product. So all our managed services offerings (managed IT, managed cloud, managed WAN) experienced revenue growth in the high teens. That was after only six months of the strategy being in place."

Of the private company's four reporting segments, IT services represented the greatest revenue in the 2016 financial year, up $4.3 million to $35.8 million. Services overtook product sales, which had been the biggest segment in FY2015 at $32 million, but dropped by $4 million to $27.9 million in FY2016.

In Brennan's other segments, voice and data sales were up $3 million to $27.6 million, while telephony sales were down 38 percent to $2.4 million.

“The growth in IT services was driven by three things: managed IaaS, managed IT and the projects to on-board these services. Our voice and data business also grew nicely at 13 percent in a commoditised market space that is under intense price pressure,” Sims said.

“Cloud has performed very well, up 19 percent year-on-year. Our cloud practice, driven by IaaS, now contributes a third of our consolidated profit and is also growing very well this year.”

Sims said the decline in revenue for the product and telephony sales was in line with the company’s strategy to be a services-first business.

“This year I expect both product and telephony sales to be flat – and that is what we budgeted. All of our growth in the future will come from managed services,” he said.

The CEO said that in the past year the company had maintained in-depth knowledge and experience across the entire Microsoft stack, worked very closely with HP on its transformation journey, hired a new CIO in Simon Wheeler and invested in a new service management tool for the first time.

Through it all, Sims has maintained a clear mission for Brennan. “Rather than take on many new vendors or create a lot of new products, we have spent the last 12 months simplifying what we do and ensuring whatever we do, we are the best at it,” he said.

"We don’t get distracted by the latest offering that the vendors want us to push, we focus purely on our clients and how we can make their lives easier. As a pure managed service provider, it is not so much about selling products or services, it is about assisting our clients grow their own business by removing the pain and hassle of managing complex IT&T environments.”

Sims rose to the CEO position following the decision by well-known managing director and founder Dave Stevens to step into an executive chairman role in December, 2015. Sims joined Brennan IT in 2006 as the general manager of sales, a department he essentially built from scratch.