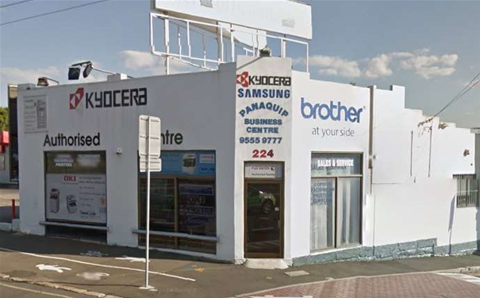 The deal gives EFEX an additional "700 to 800 print services customers" according to chief executive Nick Sheehan.

Panaquip’s six staff will also join the EFEX team, bringing the combined headcount to 25. EFEX’s 10-person sales will relocate to Panaquip’s Rozelle office in Sydney's inner west and work across the two companies.

The 20-year-old Panaquip will continue operating under its own branding, while its two directors Stephen Attwood and John Kousson will join EFEX in executive positions.

Both firms share a number of key vendors, including EFEX’s major supplier Kyocera and Fuji Xerox. Sheehan said the acquisition would help shore up EFEX’s services capabilities, while Panaquip would be able to adopt a more aggressive go-to-market strategy.

“They had a services focus, we have a sales focus, but we sell the same products and brands,” said Sheehan.

“It was a natural fit to leverage their customer base and services experience from their senior team. The challenge with the market is having an aggressive front-end that’s very active in the market in relation to acquiring a new business.”

Sheehan said EFEX is in talks to acquire a handful of print resellers in 2016 in a bid to chase more non-organic growth. He added that the company was on-track to rake in $10 million in revenue this year – up from $3 million the previously year – 80 percent of which was from organic growth.