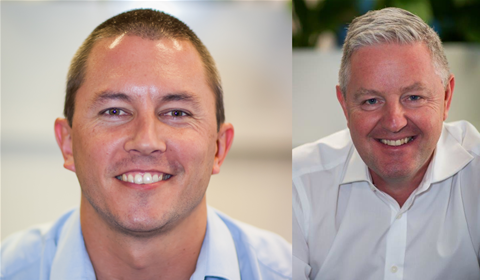 Evans will hand over the day-to-day management to Couchman while he focuses on key strategic partnerships, customer relationships and new business strategy development as part of his new role.

Speaking to CRN, Evans said the change comes as Enablis enters another phase of growth.

“For the business, [the move] is just to make sure we keep the right focus to allow that growth to really maximise itself,” he said.

“Stuart has been the managing director for the last two years and he has proven himself very capable and would allow us to get to that level of growth that we’re aiming to achieve in this exciting time for Enablis.”

Evans said his skillset was more in the strategic growth and relationship management areas and wanted to focus his attention there.

Speaking on his role, Couchman said he had been working with Evans for some 11 years, the two had helped grow the business together and that it had been a partnership all the way.

“Because we are getting to that growth phase, and it’s about having a single view on things so we can ensure we move forward as quickly as possible,” Couchman said.

“Coming from a technical background, I’m also looking forward to working more closely with customers and understanding all their problems, issues, goals and whatever else is happening in their business and help build a roadmap for them. Moving forward as CEO, I’ll be making sure that our business is aligned to actually deliver that roadmap for them.”

Couchman joined Enablis (which was then Azzurri Communications at the time) in 2007 for a brief stint as a consultant before returning in 2011 to become its chief technology officer. He moved up to chief operating officer in 2015, and was later promoted to managing director in 2019. He also worked at The Network Collective, Sirocco and iForce.

Evans founded edge communications-as-a-service provider Azzurri Communications in 2006, which was renamed to Enablis in 2015. Prior to that, he worked at Optus, Verizon Business, MCI, 3COM and Cabletron Systems.

Enablis specialises in communication, security and collaboration technologies, with customers in healthcare, not for profit, aged care, manufacturing and distribution and professional services, engineering, finance and medical.

Grow your software revenue by selling these 5 affordable, essential tools for the modern workplace
By Nico Arboleda
Apr 29 2022
11:57AM