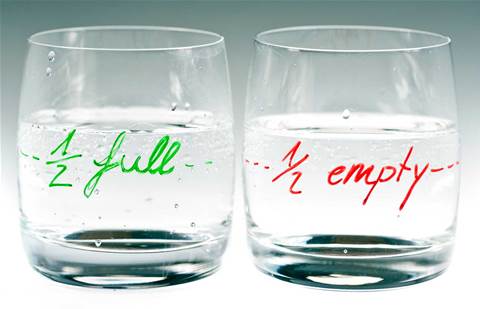 RXP Services has revised its 2018 financial year outlook after reporting a slower-than-expected first-half, citing a faster-than-anticipated decline in revenue after a reduction in work with two of its major clients.

The ASX-listed company said it had exited commercially unviable work and decreased the rate and margin for “retained commoditised work”, the impacts of which RXP said would reduce in the second half of the year.

The Sydney-based solutions provider updated its earnings guidance down to $150 million in revenue, a $5 million revision on the forecast that followed the release of its 2017 full-year turnover result of $140 million. The new revenue expectation reflects rate and margin pressure on “commoditised work flowing into H2”, the company said.

With an $80 million revenue target to hit in the second half of the year, RXP is confident some strong client wins and key project milestones will pay off.

In a letter to its shareholders, RXP described the results as “a mixed half”.

“Our digital evolution, which is positioning the company for the long term, has supported a broadened client base, with RXP adding a number of new clients over the half,” RXP chief executive Ross Fielding said.

“We have been deeply involved in, and successfully delivered upon, significant high profile digital projects for several major clients. Out digital capabilities are growing and as a result, our headcount accelerated late in the half to position the business for a stronger second half.

“Despite the positive digital performance, the first half of FY18 was significantly impacted by a faster than anticipated decline in revenue associated with commoditised work, as well as increased margin pressure on this work. This was due to a combination of exiting commercially unviable work, and a reduction in work with two major clients.”

The company noted it had retained all, if not expanded, its existing client master services agreements, added more than 20 new customers in the six months to 31 December and grown its digital services revenue. It also reported its staff headcount was back over 770.

RXP Services acquired Sydney creative agency The Works in August last year, a move which extended the company’s digital capability as well as its NSW footprint. The company has since reported the acquisition was integrated well, and had brought new clients into the portfolio.

The company declared an interim dividend of 1.5 cents per share.