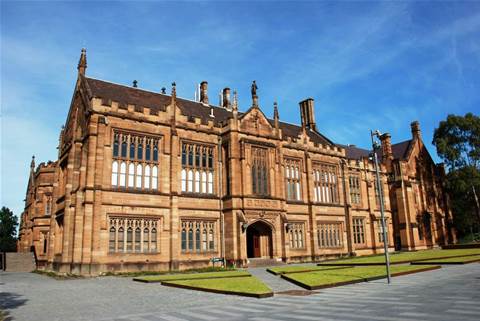 Sydney University academics are in the midst of a two-day strike against the institution over a new enterprise agreement which includes a performance management system they say is intrusive.

Academics and students held protests yesterday alongside the National Tertiary Education Union, after failing to resolve a months-long dispute with the university’s management over its new Enterprise Bargaining Agreement.

The issues at hand include low wages, the casualisation of the university’s workforce, the depletion of staff conditions and “micro-management” and “surveillance” of academics via the university’s new academic planning and development (AP&D) process.

The AP&D is a review, planning and career development tool which requires staff to document performance targets and discuss them with an advisor, and enables the university to manage and evaluate staff performance.

The program runs through the new CareerPath web portal which requires academic staff to document and manage reviews, planning and development activities.

The system is based on Cornerstone OnDemand software. It replaced a manual paper-based system in September last year.

Staff are now required to fill out the AP&D through the web portal at least once a year, more so during the current rollout phase to June this year.

University academics are railing against the portal, claiming it creates a sense of mistrust and is an attempt by Sydney Uni to micromanage staff.

Staff were previously required to participate in the program (formerly called performance management and development, or PM&D) at the discretion of individual advisors.

Senior lecturer of English and linguistics and NTEU member Nick Riemer said the impression was the university had zero respect for its academics and their ability to do their jobs.

“It’s created a really intrusive perception that academics aren’t trusted to do their job as they see it, but need to be micromanaged with every little aspect of what they do scrutinised,” Riemer told iTnews.

“We’re very highly trained, we consider ourselves experts and we’re dedicated. The university doesn’t just want to say, ‘Did you teach this class?’ and ‘Did you publish these papers?’

"They want to know how we taught the class and how we published the papers. It’s intrusive and seems predicated on the idea that academics don’t know what we’re doing.”

Riemer said staff had not been consulted before the system was implemented.

He said it was counterproductive and meant staff were forced to waste time on menial tasks rather than focusing on teaching and researching.

“Like everything else that goes on here, what we’re presented with is management edicts we have no input into. There’s been no meaningful consultation,” he said.

“There may have been some so-called consultation, I’m not aware of any, but there has definitely been no meaningful conversation.

"The managers who are in control really have no knowledge or commitment to education or research. They’re interested in bureaucratic control.”

In one of several open letters written to the university’s management in recent days, University Chair Professor Raewyn Connell said the new system equated to surveillance.

“The staff of this university are increasingly enmeshed in a thicket of anonymous online control systems — to document our courses, get permission to travel or to do our research, get our “performance” managed, and many other things — taking increasing slices of our time and energy,” she wrote.

“In other ways too, we have been losing autonomy in our day-to-day work. Have we agreed to these changes? In most cases we were never asked; they have simply been imposed on us.”

In a lengthy response to the professor’s open letter, Vice Chancellor Michael Spence said the university’s overall aim with changing the enterprise bargaining agreement was to provide arrangements that were more responsive to staff needs and simplify the university’s “sometimes excessively complex procedures”.

“While it is true that staff are more accountable in areas such as the documentation of courses or performance management, academic staff at the university still retain appropriately high levels of workplace autonomy,” he said of the AP&D specifically.

“The challenge is to balance that autonomy with the accountability that is an inevitable feature of contemporary public life.”