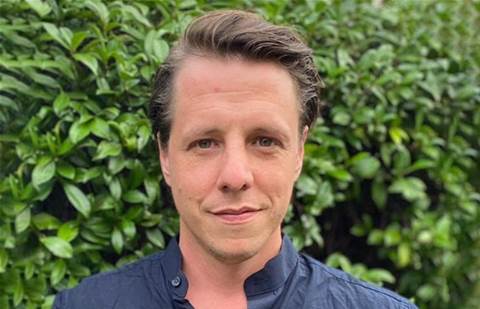 Sydney-based managed cloud and engineering services provider Anchor, a subsidiary of Hostopia, has launched a new offering that aims to combine DevOps and traditional managed services into a single subscription.

The new Agile Cloud Engineering (ACE) offering gives customers a set of ‘Engineering Credits’ per month that they can redeem with Anchor for use on digital projects, an approach that director of architecture and professional services Josh Chiswell told CRN is the first for the Australian market.

The idea behind this concept was to tackle the issue of MSP customers feeling that their MSPs were not responsive enough when they wanted to begin a digital project and the capital expense that often came when projects were picked up.

“The problem that we saw in the marketplace was that customers weren't seeing repeated value realisation from traditional managed services providers,” he said.

“There was this black box of what you're paying sometimes 30 to 50 percent of your infrastructure-as-a-managed-service fee. [Customers] are getting high value upfront but over a period of 12 months, 24 months, three years, the value really dropped off and there was no great engagement around continual innovation within a business.”

Chiswell said that while there are MSPs that provide strong consulting and engineering services, it is not always consistent and part of the purpose of ACE is to “hold ourselves accountable” when it comes to consistently delivering on innovation for its customers.

For a monthly subscription with a yearly contract, customers can redeem the engineering credits they receive as part of the fee for engineering work that can come from a predetermined list of projects under what Anchor calls t-shirt sizes, i.e. small, medium or large.

Currently, the team only works with Amazon Web Services although there are plans to expand to working with other vendors.

Chiswell said the team will work with customers on a suitable number of credits for projects outside of that list.

However, he emphasises that this is not a replacement for the ethos of acting as a true advisor, but rather complementary to it as part of the promise is a proactive approach for customers, ensuring no credits go wasted.

“Fundamental to any service provider partnership with their customers is [asking] where is your business going in six months, 12 months, 24 months? And how do we reach help you reach those goals?” he said.

For bigger projects, customers can let credits build up as they roll over month to month.

Chiswell said he is aware there are many edge cases where discussion with the customer on what is covered within the OpEx spend for the services is covered and how they can make it work.

“At the heart of this and all the decisions that we make is the success of the partnership and the mutual success that we can get with our customers and partners. We would always focus on that as the core tenant around that decision making,” he said.