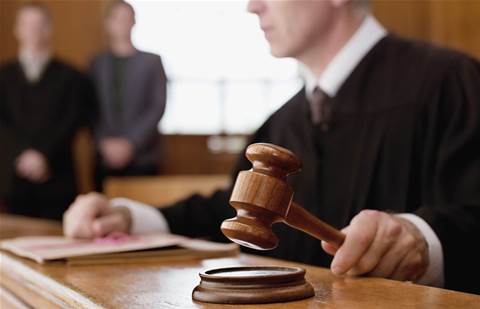 Sydney-based unified communications and interactive display reseller ELB has been awarded $1.35 million in damages from the former directors of one of its subsidiaries.

The New South Wales Supreme Court ruled the former directors of Broadreach Consulting had engaged in misleading and deceptive conduct when the company was sold to ELB in 2015.

ELB, formerly known as Electroboard, was originally sued by former Broadreach directors John Leonard Barrett, Steven Moran and Sean Wormald over the alleged non-payment of a security fund of $200,000.

ELB then fought back accusing the directors of causing loss and damages when the company was misled into acquiring Broadreach by not disclosing a prior arrangement with a rival buyer, telecommunications giant Optus.

Justice Geoff Lindsay said in the ruling, “I find that in the lead-up to the sale of Broadreach to ELB on 23-28 January 2015, and in allowing that sale to be effected without disclosure of the changed circumstances affecting the first cross claimant’s earlier offer to acquire Broadreach, Broadreach’s former directors (in contravention of section 18 of the Australian Consumer Law) engaged in conduct that was misleading and deceptive.”

In late 2014, ELB and Optus were both competing to acquire Broadreach, with directors eventually choosing Optus in December that year. More than a month later, Broadreach directors formed the view that Optus had backed out from the deal and reengaged talks with ELB, fearing the possibility of insolvency.

Broadreach was a reseller of enterprise video and digital media managed services, with Optus as its major customer. The relationship between the two was governed by a Master Services Agreement (MSA).

Court documents reveal ELB chief executive Marie Kaliviotis was interested in Broadreach with the prospect of absorbing the company’s skilled staff and using its relationship with Optus, even despite the current and projected losses at the time.

ELB agreed to acquire Broadreach, which included a provision of a $200,000 security fund against the possibility of claims being made on warranties given by Broadreach’s directors.

Upon agreeing to buy Broadreach, ELB said it was not informed of developments in the legal and commercial relationship between Broadreach and Optus, where Optus would terminate its MSA with Broadreach and “poach” its staff in the event that Optus didn’t acquire Broadreach.

Due to concerns over potential insolvency, ELB was unable to pursue any due diligence inquiries and finalised the acquisition before 28 January 2015.

In March 2015, three Broadreach employees left the company to join Optus, while another five defected to the telco in June the same year. Two more staff also left to join Optus on an undisclosed date.

ELB said it took two months to replace the five staff that left in June, while the three that resigned in March could not be immediately replaced, with the company unable to hire suitable candidates from Australia with the requisite skills, expertise and accreditation.

ELB contended that these misleading and deceptive actions helped induce the company into buying what was basically a worthless company with shares that held no value.

Broadreach’s former directors refuted the allegation, claiming that ELB failed to make out the elements required to be proved for an award of damages or compensation for misleading and deceptive conduct.

The directors said ELB was a sophisticated commercial player, experienced in the industry in which Broadreach operated, who voluntarily accepted commercial risks associated with their acquisition of Broadreach, including a disclosed risk that, if they acquired Broadreach, Optus would terminate the MSA.

For a more detailed account of the events, the court case can be read here.