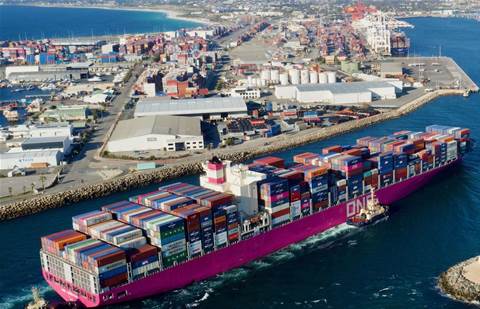 Patrick Terminals sought to rip out its aging IT infrastructure, which had signs of increased failure rates and also needed extra capacity. The company’s engineers also had automation technologies to help direct equipment in the terminal yard, and the new systems had to keep running on on-site compute power to avoid latency and delays.

“We’re pleased to work with Patrick Terminals and deliver a HPE GreenLake solution that meets their compliance, security and transformation needs and is scalable for when these needs inevitably change,” Vectec director Michael Murphy said.

Vectec was chosen for its past work with Patrick Terminals, particularly on digital platforms. The MSP also introduced HPE GreenLake and touted its as-a-service model.

Patrick Terminals chief information officer Adrian Sandrin said, “Vectec are a close and trusted partner who facilitate everything we need for our digital platforms.”

“They have the experience and relationships to manage logistics with very large suppliers while providing us with highly personalized service. That was especially important as we moved to running IT as a service.

“One of the things we like about HPE GreenLake is the ability to easily adapt to new business requirements. It gives us all the advantages of the cloud but with our
systems on-premises.”

“Running our private cloud as a service is a major advantage from a business perspective.”

Grow your software revenue by selling these 5 affordable, essential tools for the modern workplace
By Nico Arboleda
Aug 26 2021
6:04PM