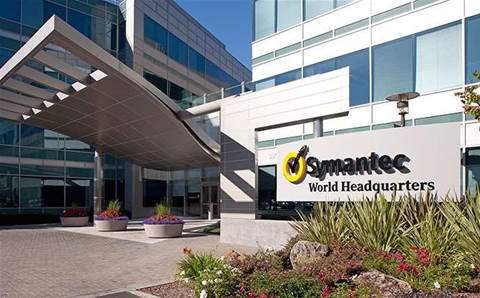 Symantec has created a series of “sales plays” that are being made available to selected Symantec and Blue Coat partners to help them start cross-selling while the vendors unify their partner programs.

New global partner sales vice president Torjus Gylstorff told CRN that while Symantec and Blue Coat’s internal teams would focus on their respective tools until the end of the fiscal year, some partners are already being offered a chance to sell across both.

Symantec acquired Blue Coat for US$4.65 billion (A$6.2 billion) in June this year.

“Partners who have the skill level required will have some cross-selling opportunities,” Gylstorff said on the sidelines of Symantec’s Partner Engage conference in Tokyo.

“We have defined a set of relevant cross-selling ‘sales plays’ and those are things that will make sense to go for right away.”

Gylstorff said that in order to access the sales plays, “there’s a requirement on having certified individuals in place".

“For individuals that are certified those plays will be available to them regardless of [the partner’s] level in the channel programs,” he said.

The sales plays are, however, an interim measure. Come 1 April next year, Symantec plans to have a formal merged partner program covering both its own and Blue Coat’s technology and partner bases.

“We are working towards [launching that at] the beginning of our next fiscal year,” Gylstorff said.

As was the case at Symantec’s Partner Engage event in Los Angeles about three weeks ago, the vendor is hoping to gauge from partners exactly what they want to see in the merged program.

Though Gylstorff invariably described the merged program as a “work in progress” and “a collaborative effort” – and one he did not want to pre-judge – he provided some clues as to what aspects of the Symantec SecureOne and Blue Coat Channel Advantage partner programs could survive the cut.

“The programs are different but they are similar in terms of structure,” he said. “We can choose from the best of both programs.”

He said the differences between the programs were “more on the plumbing” side; particularly the mix of front- and backend incentives and rebates.

Gylstorff flagged incumbency protection as one of the early focuses of the program merger, which was about giving partners “an edge” at the time a piece of business came up for renewal.

Incumbency protection was in both Blue Coat’s and Symantec’s existing programs, but it appears the former is already favoured as a better approach.

“I think the Blue Coat implementation [of incumbency protection] is a lot more defined, and for that reason there’s a lot of discussion on which one would be a better choice,” Symantec’s APJ channels and commercial vice president Edwin Yeo said.

Gylstorff declined to provide a similar assessment of the deal registration incentives in both programs, and which of the two was in favour.

Ry Crozier attended Symantec Partner Engage in Tokyo as a guest of Symantec.