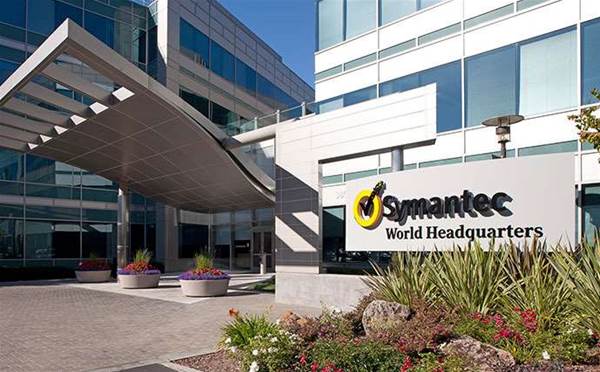 The completion of the US$4.65 billion (A$6.2 billion) acquisition, which was first announced in June, creates a single security vendor with around US$4.2 billion in revenue for this year, the majority of which comes from enterprise security, and a portfolio that includes endpoint, email, DLP, data centre, cloud security and secure web gateway solutions.

“Symantec and Blue Coat combined creates by far the best opportunity in the security industry. The brand is phenomenal… you combine that with the network and cloud power of Blue Coat, I think the future is massive for us,” Clark said in a blog post about the closing.

The announcement also officially puts Clark into the CEO role at the security giant, replacing Michael Brown, who said in April that he planned to step down. Clark had previously been the CEO of Blue Coat.

“I am honoured to lead Symantec as it enters its next chapter of expanded product innovation and growth. As the largest dedicated cybersecurity company on the planet, we’re eager to get started and we look forward to defining the future of cybersecurity with you,” Clark said in the blog post.

Symantec also announced in July that Blue Coat president and COO Michael Fey would join the new company in the same role, saying at the time it would unveil the rest of the executive lineup in the months to come.

With the closing, Symantec and Blue Coat are able to jump fully into their integration strategy, which centers on a vision for an open platform that will “fuel an ecosystem that encourages vendors of all sizes to play a part in tackling our industry’s toughest challenges”, Clark said in the post.

“As we shift into execution mode of our integration strategy, we are focused on capturing the strengths of both companies to ensure a seamless and efficient transition. While the opportunity ahead for us is vast, to seize it, we must apply rigor, move faster and continue to transform. A big part of my job is to accelerate our ability to bring innovative products to our customers more quickly,” Clark said in the post.

That integration strategy will also include significant cost-cutting efforts, the company said last month, with a target to cut about US$400 million in costs primarily from the enterprise security business. The cuts will come from organisational improvements (including around 1,200 layoffs), real estate consolidation, procurement changes, and additional transition costs from the sale of Veritas earlier this year. The cuts are expected to be completed by 2018.

Matthew Gyde, Dimension Data's group executive of security, said the acquisition presents an “exciting opportunity for the security industry” and the company's clients.

“The global security landscape is becoming more complex, and threats more pervasive, while at the same time, our clients are looking for business outcomes,” Gyde said in a statement. “We look forward to working together to help our clients accelerate their ambitions,” he said.