Symantec gets $700m from firm that took Dell private 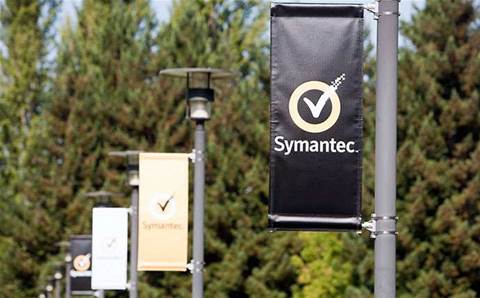 Not even a week after closing its split, Symantec has made its first big move, announcing Thursday a US$500 ($697) million strategic investment from private equity firm Silver Lake.

In conjunction with the investment, which Symantec said it will be funneling toward an accelerated share repurchase program. Silver Lake Managing Partner Ken Hao will join Symantec's board of directors.

Silver Lake is best-known for its participation in the blockbuster move to take Dell private in October 2013.

On Symantec's third fiscal quarter earnings call, CEO Michael Brown said the Silver Lake investment is a validation of the company’s three-year transformative journey, most notably with its split from storage company Veritas, but also including growing its enterprise security business, improved cost structure, revamping its executive team and returning cash to shareholders.

“It is a strong vote of confidence in both our transformation as well as our future as the world leader in security,” Brown said.

"If you are in the Symantec ecosystem, this should put a little color in your cheeks," he said. "Silver Lake can make a meaningful difference. They are smart money. They will clearly focus their time and investment in areas where Symantec has a competitive advantage - not based on legacy, but rather the future prospects and opportunities. They are not beholden to the legacy issues. It is a question of where does Symantec want to go and how does it get there successfully."

Wolf also applauded the appointment of Silver Lake Managing Partner Ken Hao to the Symantec board. "Silver Lake is like the Yankees' Murderers' Row. Putting Hao on the board is like adding any of the first six batters from the 1927 Yankees. Take your pick."