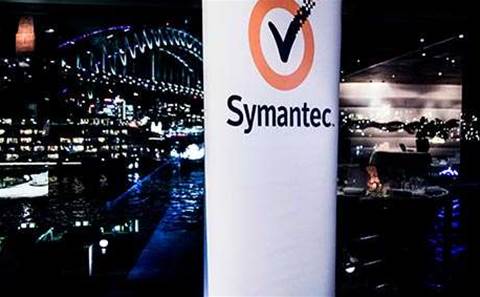 Symantec worldwide channel chief Garrett Jones, who helped architect many of the company's channel program changes in recent months, has departed the company to spearhead the development of a channel program at cloud-based services backup startup Spanning.

Jones, who was vice president of global channel operations for Symantec, had been at the company in various sales roles since 2006. In an interview with CRN US, he said he parted ways with the company to be home with his family in Texas and for the opportunity to work at a smaller company.

"I had a great career there. I believe in the track that they are on and I wish them nothing but the best," Jones said.

Prior to Symantec, Jones was a sales executive at Dell and led the company's global partner alliances and also ran enterprise sales in Dublin, Ireland.

At Spanning, Jones' title is vice president of sales, a newly created position in which he will be responsible for building out a channel program. The company wants to expand its Google Apps resellers and Salesforce.com consultants and build out its international partners in Europe, Asia, Australia and New Zealand. The cloud-based backup and recovery service is sold in several versions for enterprises, education, small and midsize businesses and nonprofits. Currently about 40 percent of the company's business is outside the US. Support for Office365 is due out later this year.

Jones said the partners that will be a good fit with Spanning are those that are born in the cloud and have fully grasped the SaaS model to deliver results quickly. Service providers and cloud service brokers also tend to be strong partners as do reseller partners that sell adjacent technologies, such as Google Apps. Spanning currently has a 100 percent customer retention rate with businesses of 100 seats or larger, he said. About 25 percent of the company's 3,500 customers are above 100 seats.

This is a good indicator that partners can count on that recurring revenue year after year, because there's no churn, Jones said.

Spanning earned a US$6 million initial investment from venture capital firm Foundry Group last year. It is one of a new crop of backup and recovery vendors that support specific cloud-based services mainly for small and midsize businesses. The company competes with Backupify and Ownbackup, which also sells email security and archiving services, acquired Cloudfinder this week to expand its offerings.

Symantec led a group of venture capital firms in a US$9 million investment in Backupify in 2012. Former Symantec CEO Steve Bennett shuttered the company's Backup Exec.cloud service in November as part of ongoing cost-saving measures at the company.  It maintains its NetBackup for backup and recovery of data in public and private clouds, supporting Amazon Web Services, AT&T and Rackspace.

Jones spearheaded changes to Symantec's global channel program strategy in February. The program added a core competencies framework to designate a core set of partners as experts in various components of the company's broad portfolio.

"I'm just very proud of the relationships I've had and the alliances I've established while with the company," Jones said.

Meanwhile, Symantec is still conducting a search for a new CEO following Bennett's termination in March. The company is also conducting an analysis of its product portfolio, according to interim CEO Michael Brown, who told Wall Street analysts last month that it would shift investments into its core storage and endpoint security lines.