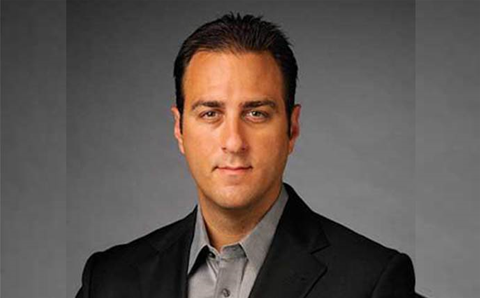 Symantec announced that second-in-command Michael Fey is resigning and forgoing severance benefits just months after an internal investigation into concerns raised by an ex-employee was concluded.

"Today is an exciting and difficult day. As I have chosen to embark on the next stage of my career," Fey wrote in a post on his LinkedIn page. "While this was a difficult decision to leave this awesome team, I am very excited about the future."

Largely filling Fey's footsteps will be former Skyport Systems president and CEO Art Gilliland, who led the hyper-convergence startup from pre-product startup to being acquired by Cisco Systems in early 2018. Gilliland previously worked at Symantec from early 2006 to mid-2012, culminating in a 15-month stint leading the company's 1300-person enterprise information security business.

Gilliland will serve as Symantec's EVP and GM of enterprise products, where he will oversee the company's product and engineering teams, the Enterprise Security customer support organisation, and the Security Technology and Response (STAR) research team. Gilliland will report directly to Clark, who has also assumed the president role at Symantec following Fey's departure.

"Art is a widely respected executive both inside and outside our organisation, and we are excited to welcome him back to Symantec," Clark said in a statement. "We look forward to benefiting from his extensive enterprise security expertise and years of endpoint and network experience in his new role."

In addition to his stints at Symantec and Skyport Systems, Gilliland led Hewlett-Packard's 1700-person, US$800 million enterprise security business from mid-2012 to mid-2015, where he was responsible for global P&L, sales, marketing, product development, operations and support. In addition, Marc Andrews will continue in his role as Symantec's SVP of worldwide sales, the company said.

As part of Fey's separation agreement with Symantec signed Wednesday, he has agreed to: forgo all severance benefits, unvested equity awards, and cash bonus payments; abide by a 12-month non-competition and non-solicitation clause; and release Symantec from any claims made by Fey against them, according to a filing with the US Securities and Exchange Commission (SEC).

In exchange, Symantec has agreed to extend the exercise period for Fey's vested stock options until February 2020 or the final exercise data for such options.

The audit committee of Symantec's board of directors in September identified “certain behaviour inconsistent” with the company's code of conduct and related policies, and referred the matter to the company for appropriate action. However, no employment actions with respect to any of Symantec's highest-ranking executives have been recommended as a result of the investigation.

Symantec declined to comment on whether Fey's departure was connected to the findings from the investigation. Fey didn't immediately respond to a message requesting comment.

The company launched an internal probe in May in response to issues raised by a former employee around retaliation, stock trading plans, commentary on historical financial results, and reporting of some non-GAAP measures, including those that could impact executive compensation programs.

Four months later, Symantec said US$13 million from a customer transaction had been improperly recognised as revenue in the quarter ended March 2018, while just US$1 million should have actually been recognised during that period.

Clark said Symantec intends to recapture momentum in its Enterprise Security business over the next six months thanks to the company's sales capacity and cyber defence leadership. And in the fiscal year beginning 1 April 2019, Symantec said it expects Enterprise Security segment organic revenue to grow in the high single to low double-digits on a year-over-year basis.