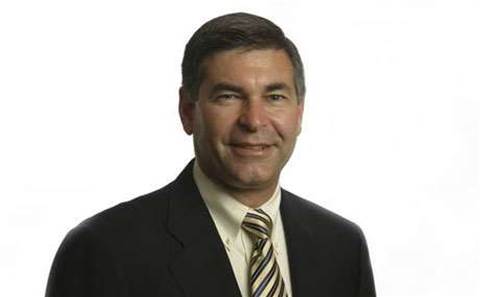 Symantec CEO Michael Brown took over in March following the ouster of former Chief Executive Steve Bennett. Insiders told CRN US that Bennett's overhaul of the company's sales team was one last effort to make the security and information management businesses work.

One year after Bennett began streamlining operations Brown pushed for Bennett's resignation and upon his appointment as interim CEO, Brown immediately began exploring a separation.

"Winning in both security and information management requires distinct strategies and dedicated investments along with different core competencies and a focus on the unique needs of each customer base," Brown told Wall Street analysts on Thursday. "The problems we are addressing, the way we are solving them and the buying preferences are different for these two markets."

Brown laid out the following 10 priorities and business strategies that will shape the two publicly-traded companies once the breakup is finalised, which is expected next year.

Brown said new products will focus on making it cost effective to store and manage data while adding analytics that drive insights and business value from the information. Products will also help reduce redundant and unused data.

"We will be delivering new integration with cloud providers that enable customers to help manage data across public and private clouds such as cloud connectors for NetBackup and Recovery-as a-Service for the Azure cloud," Brown said.

As an example, Brown pointed to the company's new NetBackup 5330 appliance which doubles the capacity and performance of the rest of Symantec's backup appliances. It starts at 114 terabytes and is expandable to 229 terabytes for data center and disaster recovery sites.

The new information management business -- made up of Symantec's backup and recovery, archiving, eDiscovery, storage management and information availability products -- does not yet have a name. The products had revenue of US$2.5 billion last year.

Mobile virtualisation hybrid clouds and the Internet of Things are driving exponential data growth in the markets the new company competes in, Brown said. Symantec operates in markets that were US$11 billion in 2013 and are projected to expand to US$16 billion by 2018 with a CAGR of 7 percent from 2013 to 2018, Brown said.

Symantec engineers are already extending advanced threat protection and data loss prevention capabilities into other products as part of a unified security platform. Brown said the new company would maximise the protection into each of the company's access points: endpoint, mail, Web and server gateways. The first product due out by the end of the year is Symantec's Advanced Threat Protection threat defense gateway, Brown said.

6. Managed services offering in the works

The Symantec managed services practice will consist of managed security, incident response and threat adversary intelligence, Brown said. Simulation-based training will also be a major component of the new Symantec business, he said.

Opportunity around managed security services is "enormous," Brown said, citing the US$10 billion market for security services that's projected by analyst firms to grow as much as 30 percent annually from 2013 to 2018. Businesses with fewer than 2,500 employees are the biggest targets of opportunity, according to Brown. "Many of these customers would prefer to buy security as a service rather than as a product demonstrating increased demand for remediation services in addition to detection," Brown said.

The new Symantec would be able to invest in integrating the threat information that Symantec collects from its products and Norton endpoints into a big data platform, Brown said. The security threat analysis could bolster services and products already in the portfolio but also produce more holistic platforms that partners told CR US they could sell into clients. "It's no longer about selling one single data security product or one threat detection product into clients. My clients want something that can tie into their current environment or address multiple requirements while simplifying the complexity that they have created over the years," said David Sockol, president and CEO of security consulting firm Emagined Security, a Symantec security partner.

Symantec will begin developing a third-party ecosystem to augment its services capabilities, Brown said. The goal is to create a business that uses the threat intelligence the company collects, to quickly prevent, detect and remediate attacks. Symantec currently has a global install base of 1 billion systems and 42 million attack sensors. More than 500 security analysts in 14 operations centers globally deliver threat intelligence to Symantec products and services, Brown said.

Security partners said that adding a stronger third-party ecosystem could benefit the channel, which is increasingly servicing clients that use specialised security tools or layer security products from multiple vendors and integrate them into a central threat intelligence console or security information event management system.

The markets that Symantec competes in were US$23 billion in 2013 and are projected to expand 10 percent annually to US$38 billion in 2018. Brown called the security market "fragmented and changing rapidly. It is ripe for opportunity with continued innovation."

Creating two separate businesses also frees up the cash necessary to pursue targeted acquisitions, Brown said. Each business would create separate partnership strategies that align to the specific needs of each company. "The pace of innovation in both security and the information management markets has dramatically accelerated," Brown said. "Two standalone companies would better address the rapidly growing innovation opportunities in each of these dynamic markets."

Brown said partners should expect the separation to simplify doing business with Symantec. The two new businesses would serve to further reduce operational complexity, he said. Streamlined processes make each organisation more agile and easier to do business with partners and customers. The separate companies would have a greater ability to tailor their research-and-development investments and have separate go-to market capabilities. Partners told CRN US that eventually there would be two distinct channel programs suiting security and data management solution providers.