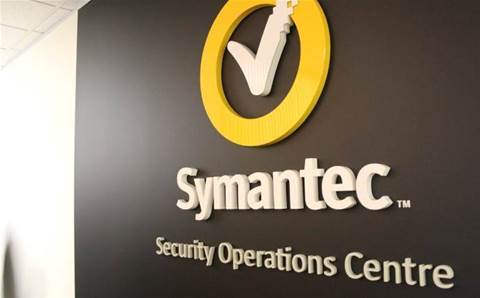 Symantec has informed shareholders that the internal investigation announced last week isn't expected to have a material negative impact on the company's past financial statements.

The security vendor revealed on Monday that the probe concerns Symantec's reporting of some non-GAAP measures, including those that could impact executive compensation programs. The investigation comes in response to issues raised by an ex-employee, and will also probe concerns around commentary on historical financial results, stock trading plans, and retaliation.

Symantec CEO Greg Clark told Wall Street analysts Monday that all discretionary and performance-based compensation for the company's named executive officers is on hold pending the outcome of the Audit Committee investigation. Additionally, Symantec doesn't expect to repurchase any of its shares during the course of the investigation, according to executive vice president and CFO Nick Noviello.

"We have heard our shareholders loud and clear and deeply value your perspective and candid feedback," Clark told investors Monday.

Symantec took the highly unusual step during last Thursday's earnings call of not allowing financial analysts to ask any questions, limiting the session to prepared remarks (on topics unrelated to the investigation) from Clark and Noviello. Symantec's stock nosedived US$9.66 (33.1 percent) to US$19.52 in trading Friday, hitting the lowest trading price for the company's stock since June 2016.

On Monday morning, Symantec put out a statement promising to provide more information about the audit committee investigation after the market closes and allow financial analysts to ask Clark and Noviello questions. The company's stock climbed US$1.88 (9.63 percent) to US$21.40 during normal trading hours, and picked up another US$0.45 (2.10 percent) in after-hours trading once more information was revealed.

"I, too, value your feedback and perspective, and understand it is important that you hear context from us on business and financial results and guidance," Noviello told investors Monday.

Nonetheless, Symantec's stock is down US$7.78 (26.7 percent) since revealing the investigation Thursday, and is trading lower than it had at any point since August 2016.

Symantec provided limited details about the investigation during Thursday's earnings call, but said it wasn't tied to any security concern or breach around the company's products or systems. The probe by the Audit Committee of its Board of Directors is in its early stages, Symantec said, with the company retaining independent council and other advisors to assist with the probe.

Although the company said it cannot predict the duration or outcome of the investigation, Symantec said it's unlikely that the probe will be completed in time for the company to file its annual 10-K report for the fiscal year ended 30 March, 2018, in a timely manner.

Symantec voluntary contacted the US Securities and Exchange Commission (SEC) to notify it than an internal investigation is underway, and said its Audit Committee intends to provide additional information to the SEC as the probe progresses. The company said it wouldn't provide any additional detail about the investigation beyond what was stated in the prepared remarks.

Cloud application revenue made easy
By Michael Novinson
May 15 2018
11:28AM