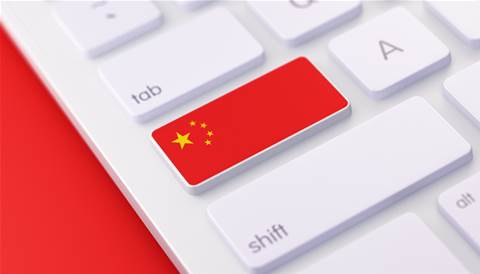 Security researchers with US cybersecurity firm Symantec said they have discovered a “highly sophisticated” Chinese hacking tool that has been able to escape public attention for more than a decade.

The discovery was shared with the US government in recent months, who have shared the information with foreign partners, said a US official. Symantec, a division of chipmaker Broadcom, published its research about the tool, which it calls Daxin, on Monday in the US.

“It’s something we haven’t seen before,” said Clayton Romans, associate director with the US Cybersecurity Infrastructure Security Agency (CISA). “This is the exact type of information we’re hoping to receive.”

The JCDC, or Joint Cyber Defense Collaborative, is a collective of government defence agencies, including the FBI and National Security Agency, and 22 US technology companies that share intelligence about active cyberattacks with one another.

The Chinese embassy in Washington did not respond to a request for comment. Chinese officials have previously said China is also a victim of hacking and opposes all forms of cyberattacks.

"The capabilities of this malware are remarkable and would be extremely difficult to detect without this public research," said Neil Jenkins, chief analytics officer at the Cyber Threat Alliance, a non-profit group that brings together cybersecurity experts to share data.

Symantec’s attribution to China is based on instances where components of Daxin were combined with other known, Chinese-linked computer hacker infrastructure or cyberattacks, said Vikram Thakur, a technical director with Symantec.

Symantec researchers said the discovery of Daxin was noteworthy because of the scale of the intrusions and the advanced nature of the tool.

“Daxin can be controlled from anywhere in the world once a computer is actually infected,” said Thakur. “That’s what raises the bar from malware that we see coming out of groups operating from China.”

Romans said he did know of affected organisations in the United States, but there were infections all around the globe, which the US government was helping to notify.

“Clearly the actors have been successful in not only conducting campaigns but being able to keep their creation under wraps for well over a decade,” said Thakur.

Grow your software revenue by selling these 5 affordable, essential tools for the modern workplace
By Christopher Bing
Mar 1 2022
6:42AM