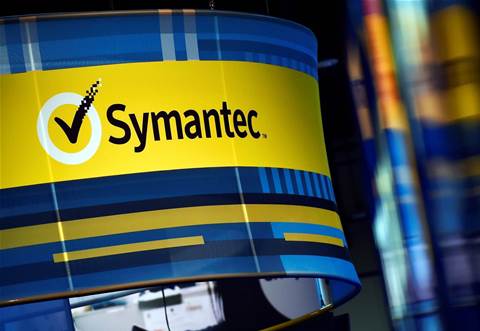 Antivirus software maker Symantec beat Wall Street estimates for revenue and profit in the December quarter, driven by growth in its consumer business, sending shares up 6 percent in extended trade on Thursday.

The earnings performance followed better-than-expected results in the previous quarter, a sign that the once-troubled cybersecurity firm is on track to stable growth, according to analysts.

"This quarter shows that Symantec's enterprise got its mojo back," said Dan Ives, managing director at Wedbush Securities.

"Even the good earnings last quarter still left investors with some skepticism, but the beat this time will erase some of those concerns."

Symantec also said on Thursday that chief financial officer Nicholas Noviello would step down in the coming months to pursue other opportunities.

Symantec has not commented on the reason for the departures.

Revenue from Symantec's consumer security division rose 3 percent to US$602 million. The segment accounted for nearly half the company's total revenue. Analysts on average had expected US$600.9 million, according to IBES data from Refinitiv.

Cyberattacks can range from denial-of-service attacks that can cripple an entire organisation to malware and phishing, which often target individuals via emails containing dangerous links and attachments.

Revenue from Symantec's enterprise security division fell 2.5 percent to US$609 million, but beat estimates of US$575.6 million, according to IBES data from Refinitiv.

Total enterprise spending on protection from cyberattacks rose 20 percent in 2018 year over year, according to Wedbush Securities.

Symantec's profit fell to US$65 million or 10 cents per share, in the quarter ended 29 December, compared with a profit of US$1.34 billion, or US$2.01 per share, a year earlier.

The big jump in net income last year reflected a more than US$600 million gain related to the sale of a business.

On an adjusted basis, the company earned 44 cents per share, well above estimates of 39 cents a share.

Revenue inched up to US$1.21 billion in the three months ended 28 December, above analysts' average estimate of US$1.18 billion, according to IBES data from Refinitiv.

Symantec shares closed up 1 percent at US$21.02 on Thursday. The stock lost a third of its value last year, pressured by an investigation over its accounting practices and weak revenue forecasts.

(Reporting by Angela Moon in New York and Vibhuti Sharma in Bengaluru; Editing by Sai Sachin Ravikumar and Peter Cooney)

Telecommunications Services
By Angela Moon and Vibhuti Sharma
Feb 1 2019
10:58AM