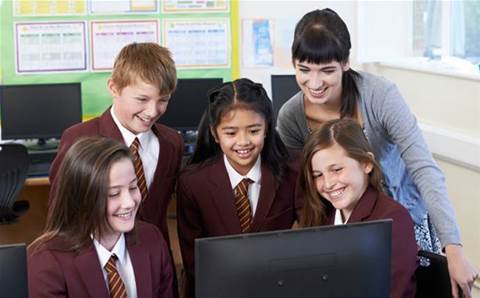 Neverware, a developer of operating systems based on Google’s Chromium project, has appointed Synnex as its Australian distributor.

Neverware’s flagship product is the CloudReady operating system, which allows PCs of up to 10 years old to behave like a Chromebook and be managed through Google Chrome Device Management.

The product is aimed at the educational sector, nonprofits and some enterprises, specifically those with aging hardware that can’t afford to buy newer desktops.

Synnex Australia general manager for e-commerce & cloud services Michael Tea said, “with the high demand for Notebook devices to work from home and remotely, we are excited to be partnering with Neverware, using their CloudReady solution to convert older devices into Google Chromebooks.”

Neverware started off as PCReady, developing software solutions to help speed up older PCs and to get them running modern operating systems. The company then later pivoted to solely developing on Google’s Chromium project in 2015 with the popularity of Chromebooks in the education sector.

The company’s work with CloudReady helped it earn an investment from the tech giant in 2017, kicking off its expansion into enterprise.

Neverware CEO Andrew Bauer said Synnex Australia had a deep understanding of the vendor's business, as well as the Google Chrome ecosystem, and he personally appreciated the efficiencies, expertise, and wider customer reach that the partnership would bring.

“We’re very excited about this partnership and are eagerly looking forward to continued success with Synnex Australia."