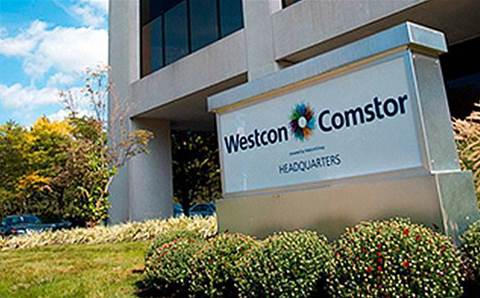 US-headquartered Synnex Corporation has acquired Westcon-Comstor's America business and taken a minority stake in Westcon EMEA and APAC in a deal worth up to US$830 million.

The deal comprises US$500 million in stock and US$100 million in cash with up to a US$200 million earn-out if certain financial targets are achieved through February 2018.

Synnex Corp will spend US$30 million for 10 percent ownership of Datatec's Westcon EMEA and APAC businesses.

Approximately US$115 million of net debt will be assumed and refinanced with the close of the transaction.

The transaction, which is subject to regulatory requirements and customary closing conditions, is expected to close in the third calendar quarter of 2017.

Synnex Corporation is publicly listed on the New York Stock Exchange and is also connected to major Taiwanese corporation Mitac-Synnex Group. Mitac chairman Matthew Miau is chairman emeritus of the Synnex Corp board.

"We believe this is a unique opportunity that is transformational to Synnex and is aligned to our strategy of positioning the business to where technology is growing. Westcon-Comstor is a recognised leader in the security, UCC and networking space," stated , president and CEO of Synnex Corp.

"The Westcon-Comstor brand has been built over time by a very deep and talented team and we are excited to welcome the  team to our family."

Westcon-Comstor had been up for sale throughout 2017, according to filings by its Johannesburg-based parent company, Datatec, which also owns Logicalis.

This latest deal will hand Synnex Corporation one of the biggest Cisco partners in the world.

In April, US-based financial services company Raymond James said that purchasing Westcon-Comstor would be a win-win-win for Synnex Corp – boosting gross profit margins, filling the Cisco void in its line card, and expanding its presence beyond North America and Japan.

Synnex is the only North American broadline distributor not carrying Cisco, while 44 percent, or US$2.16 billion, of Westcon's sales come from its Cisco-exclusive Comstor business.

It is unclear exactly how the deal will impact Australia's distribution sector, given that Synnex Corp is essentially a separate entity to the local Synnex operation, which is one of Australia's largest disties and turned over $2 billion in its most recently available annual report for the 12 months to 31 December 2015.

Synnex Australia in theory competes with Westcon-Comstor locally, though the two distributors have almost no overlapping vendors and they target different market segments: Synnex is a broad-based mainstream distie with a strong foothold in consumer and SMB sector, while Westcon-Comstor is particularly focused around enterprise networking, security, unified communications and data centre.

Rumours of Westcon's sale began appearing at the start of the year, and have since been confirmed by Datatec.

Datatec announced in April it was in talks to sell a major portion of US$4.5 billion Westcon-Comstor for more than US$800 million in the wake of a troubled SAP implementation.

The SAP problems were to blame for Datatec's recent warning to shareholders that saw shares tanks as Westcon-Comstor's revenue, earnings and profit all fell.

The distributor hired former Microsoft and Express Data figure David Gage as its new managing director for Australia in March.