Synnex to acquire call centre provider Convergys for US$2.4 billion 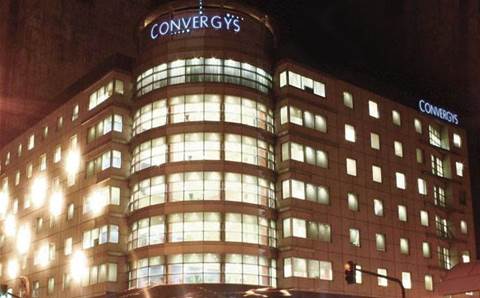 Powerhouse IT distributor Synnex on Thursday unveiled plans to acquire call center king Convergys in a deal valued at US$2.43 billion.

Reuters earlier this month first reported the possible acquisition, citing people familiar with the matter, but qualified the prediction by saying there was no guarantee there would be a deal.

Synnex will acquire Convergys for US$26.50 per share with a combination of cash and Synnex common shares, valuing the deal at a total of US$2.43 billion, Synnex said. Synnex officially unveiled the acquisition just as it was preparing to brief financial analysts on the distributor's second fiscal quarter 2018 financials.The acquisition will actually be done by Synnex's Concentrix division, with Concentrix and Convergys expected to be integrated into a single business.

Convergys' stock price had been hovering just above US$24 per share all day during the trading day, but then rose well above US$25 per share after the close of trade following the news of the acquisition.

Convergys is a global leader in call center operations, or "customer experience outsourcing," in the company's parlance. The company handles 8 billion contacts a year from its over 150 locations in 31 countries around the world, providing services in 58 languages. Synnex said the acquisition will bring it over 6000 certified professionals.

Synnex, an IT distributor and worldwide provider of business services and solution, also has a call center operations business.

The Wall Street Journal reported that the two companies' call center operations cater to two different industries, and so there was logic behind the two combining forces.

Convergys was spun off from Cincinnati Bell Inc. and became a separate, publicly traded company in 1998. The company reported 10 percent lower earnings in the first quarter of this year, on revenue of US$674 million, which the company blamed on “headwinds” from two of its leading customers, and said it also expected to lose money in the second quarter.

In January, CEO Andrea Ayers, who had been with Convergys since 2012, announced she was leaving the company.

Neither Synnex or Convergys spokespeople were available to provide more information by press time.

However, Synnex President and CEO Dennis Polk said in a prepared statement that his company expects to have a solid leadership position in technology solutions and its Concentrix businesses.

"This transaction is expected to enhance our earning potential while continuing our strategy of investing in high value services," Polk said in the statement.

Synnex, meanwhile, on Thursday reported revenue for its second fiscal quarter of 2018, which ended May 31, of US$4.97 billion, up 26.3 percent over the US$3.94 billion the company reported for the same period last year.