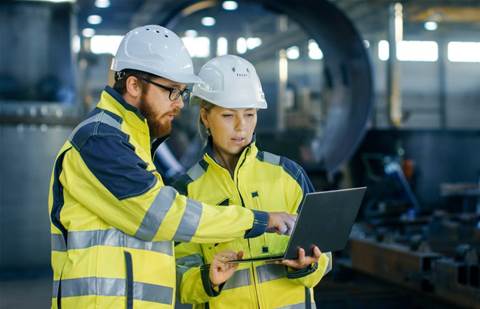 Global ERP software vendor Syspro has selected Australia as its next region for channel growth after luring over a handful of talent over 2019.

Syspro, which specialises in ERP solutions for niche manufacturing and distribution verticals, hired Rob Stummer to lead the Australasian business in February this year. Six months later, Stummer was promoted to CEO of Asia-Pacific.

Since his appointment, Stummer has been working towards growing Syspro’s channel presence in APAC, but particularly in Australia, where the vendor has predominantly gone direct. “My new strategy is to scale the channel. We do have a number of partners on the ground already, but it’s an area I want to grow quickly,” Stummer told CRN.

For a vendor that specialises in niche manufacturing industries, it can be tricky to lure new partners. Syspro is aware of this, and considers it a differentiation from its competition.

“[Syspro] is not your traditional IT channel partner that has got multiple products that you can easily pick up,” Syspro’s global chief marketing officer Sandra Fraga told CRN.

“We look for partners that are playing in the same verticals as we are. So we look for an ERP partner that is focused on food and beverage and really knows that industry well, to give an example.”

These partners often work in highly-regulated industries as well, hence the need for partners who can act as “trusted advisors” to their customers.

“For example, industrial machinery equipment, we’ve got a couple in that space, food and beverage, we’ll have a specific part that looks after that market, fabricated metal, electrical, chemicals, plastics, pharmaceuticals and packaging. So very specific. We’d rather have that narrow focus rather than a broad brush that goes after everything.”

Stummer didn’t want to give too much away as to Syspro’s channel plans, but said there were already a lot of interested partners currently tied to competitors that wanted to jump onboard with Syspro.

As to why Australia in particular was identified as the next channel target, Fraga said: “If you look at manufacturing in particular, there’s just so much growth in the Asian market as well as in Australia.

“We understand there’s quite a few opportunities with customers on the ground here. And if we want to grow at pace and scale in this region, we need to embrace our channel. Just purely based on the data that we’re seeing in the market and conversations we’re having with partners, we want to capitalise on that and as a Syspro brand, we want to make sure we have the right channel.

Grabbing the hybrid cloud opportunity with Lenovo and Azure Services
By Brendon Foye
Oct 18 2019
6:45AM