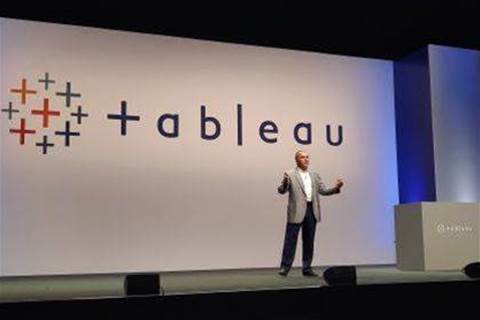 Business analytics and data visualization software company Tableau has completed a major revamp of its partner program that the company said provides partners with more visibility and consistency in partner requirements, assessments and benefits.

The program, which also has been realigned along country and geographic regions, also measures partners according to performance-based criteria within the regions they do business and makes it easier for customers to find qualified local partners.

Building the new program and getting partners on board has been a challenge for the company and its partners, said Julie Bennani, Tableau senior vice president, worldwide partners and alliances (pictured), in an interview with CRN USA.

“It’s a lot of change from where we sat with our partner ecosystem to where we needed to go,” she said, noting that the earlier partner program focused on reselling with no services component. “It’s a very different way in which [partners] had been talking to Tableau about their partnership. This is a lot deeper and a lot more precise around the business model.”

Plans for the new Tableau Partner Network overhaul were presented in detail at the Tableau Partner Summit in Las Vegas in November 2019. Bennani, who had just joined Tableau in May of that year, spent much of her first six months at the company overseeing planning for the revamp – the first major upgrade to Tableau’s partner program since 2011.

(That summit came just two months after Salesforce completed its $15.7 billion acquisition of Tableau. Today’s news of the completed program revamp comes three months after the announcement that Tableau CEO Adam Selipsky had been hired as the new CEO of Amazon Web Services.)

The new partner program separates the company’s 1,200-plus partners into three tracks: Resellers who sell tableau license subscriptions and implement and support Tableau’s software; Service partners that provide value-added services such as system deployment and integration and change management consulting; and Technology partners who provide complementary technology products, such as data management and ETL tools, that augment the Tableau platform.

The Tableau Partner Network replaces the old Gold, Silver and Bronze tiers with Premier, Select and Member levels with partners assigned to tiers according to such criteria as annual contract value, contract renewal rates, generated customer case studies, and the number of Tableau-accredited employees in sales, customer success, solution architecture and analytics consulting.

A major element of the new program is that partners are grouped according to specific countries or geographical regions and their tier status is based on requirements tailored to those geographies.

The new program officially went live in September 2020 after a year of developing new operating processes, updating partner contracts and training partner development managers, among other tasks. In the nine months since then, the focus has been on getting partners into their chosen tracks and geographical groups and getting them re-branded according to their new tiers.

From this point forward partners are being evaluated according to the new criteria. “We’ve mapped the requirements. Now we’re enforcing the performance,” Bennani said. Tableau, for the first time, has also begun providing partners with performance data through a partner dashboard.

Bennani noted that much of the work on the partner program was done during the COVID-19 pandemic with most Tableau and partner executives locked down. And partners responded with increased marketing and demand-generation efforts to keep sales moving.

“Our partners were key to our performance in 2020,” the channel chief said, noting that Tableau did not reduce its sales goals for the year as the pandemic took an economic toll. “They were absolutely mission critical.”

Tableau is continuing to recruit partners, both in specific geographies and to increase sales volume more generally, Bennani said. “We still need more capacity and capabilities in our partner ecosystem,” she said, pointing to bigger deals that call for more large-scale implementation and deployment capabilities.

The company is also piloting a nascent embedded channel for ISVs who build Tableau into their software.

Tableau is working to simplify administrative processes for partners who work with both Tableau and Salesforce products. That comes as the two companies work to build integrations between their software portfolios, including the “TCRM” data visualization and analytics system – previously known as Einstein Analytics – that’s now under the Tableau umbrella.

Despite those links, however, Bennani was adamant that there are no plans to combine Tableau’s partner operations with those of Salesforce. Maintaining separate partner organizations signals to partners and customers that Tableau’s partner base remains “focused, committed and capable around the analytics space” with a unique skill set in data visualization, analytics and management.