Takeaways on the growth of cloud giants AWS, Azure and more 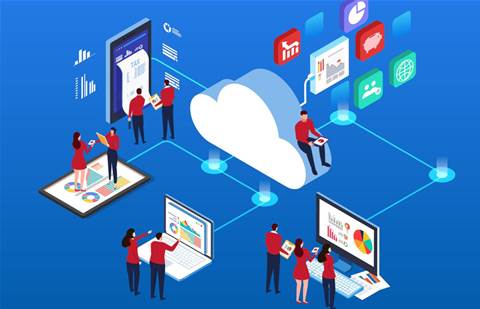 Worldwide spending on cloud services continued to surge as 2020 came to a close, with Microsoft showing notable growth in market share. The industry saw US$37.1 billion in enterprise spending on cloud infrastructure services during the fourth quarter, a 35-percent increase over the same period a year prior, according to a report from Synergy Research Group.

Here are four key takeaways on the growth of AWS, Microsoft Azure and other top cloud platforms.

Amazon Web Services continues to maintain its large lead in the market for cloud infrastructure services, hovering around a 33 percent market share since the first quarter of 2017 — though AWS’ market share for the fourth quarter came in at 32 percent, according to Synergy Research. AWS ended last year with its strongest quarter-over-quarter and year-over-year performance since its 2006 launch, putting the cloud computing leader on track for a US$51 billion annualised revenue run rate. AWS reported revenue of US$12.74 billion for the fourth quarter that ended 31 December, a 28-percent increase from the same period last year. It ended 2020 with full-year revenue of US$45.37 billion, a 29.5 percent increase from 2019.

The company is also showing its commitment to its cloud strategy by bumping up AWS CEO Andy Jassy to its parent company’s top role, replacing Amazon founder Jeff Bezos in the third quarter of this year.

Microsoft has steadily gained market share in recent years for its Azure cloud platform, going from about 10 percent in the first quarter of 2017 to about 20 percent in the fourth quarter of 2020, Synergy Research reported. The Redmond, Wash.-based company reported that revenue for Azure spiked 50 percent during its fiscal second quarter of 2021, ended 31 December, compared to the same period a year earlier.

The Azure results propelled 23 percent revenue growth in Microsoft’s intelligent cloud segment, which reached US$14.6 billion during the quarter. “With Azure, some of the core differentiation we have [is] when it comes to our hybrid leadership, some of the new data products that are highly differentiated and competitive in the marketplace--as well as the integration with every other layer of our stack,” CEO Satya Nadella said during Microsoft’s quarterly earnings call with analysts in late January.

IBM has dropped from a roughly 9 percent share of the market for cloud infrastructure services in the first quarter of 2017 to 5-percent market share in the fourth quarter of 2020, according to Synergy Research. In January, IBM CEO Arvind Krishna said the company is investing US$1 billion in “rapidly expanding” its partner ecosystem as it sharpens its focus on hybrid cloud and artificial intelligence.

IBM reported that sales in its Cloud and Cognitive Software group, which includes Red Hat, were down 4.5 percent to $6.8 billion in the fourth quarter of 2020 compared with $7.16 billion in the year-ago quarter.

Google Cloud and Alibaba on the rise

Outside of IBM, the only two other companies with notable individual market shares in the Synergy report were Google and Alibaba. Google has increased its share from about 5 percent to about 10 percent, between the first quarter of 2017 and the fourth quarter of 2020. Alibaba grew its market share from about 3 percent to 6 percent in the same period.

Alphabet reported that revenue jumped 46 percent in the fourth quarter of 2020 for Google Cloud, year-over-year, to reach US$3.83 billion.