Taking a deep dive with Salesforce.com 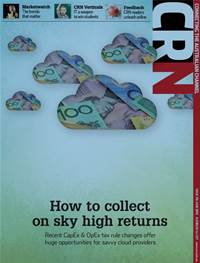 This article appeared in the June 2013 issue of CRN magazine. 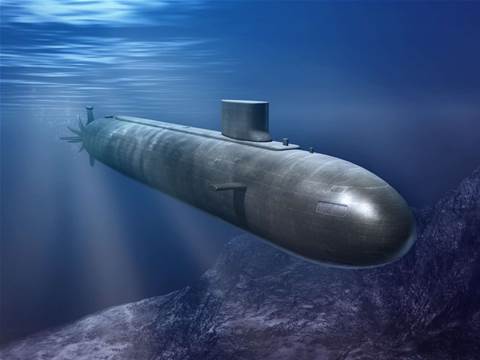 Rosenbaum has one of the more unusual stories behind his rise to the senior ranks of the San Franciscan cloud heavyweight. He is a former lieutenant who served on the USS Nevada, a ballistic missile submarine which is still in active service.

Rosenbaum went directly from the US Navy to Siebel before moving onto Salesforce.com, where he evangelises for the Force.com platform.

CRN caught up with Rosenbaum the day before CeBIT to find out how a submariner surfaced in the clouds.

CRN: Why would you want to sit in a submarine for three weeks at a time? What do you do down there?

Rosenbaum: You keep super busy. I went to the naval academy and so I had an opportunity to do these summer cruises over summer when the school is out. I remember one of the cruises I was assigned to work in the engine room and I went for about two weeks without ever going outside.

And after that well it's really not that different. You're on a submarine, you're on a ship, you never go outside, you're stuck in the engine room all day long and then you go to sleep and you're so busy you just don't notice it.

Rosenbaum: This is my day in the life of a submarine officer, or anyone on a submarine. The world revolves in six hour shifts. You have six hours on watch and then 12 hours off and then six hours on. You're constantly shifting during the day when you're on watch because it's an 18 hour cycle in a 24 hour day. So that's number one and you're always a little bit off kilter.

You just keep busy. It's like a constant state of jetlag.

CRN: That doesn't sound like a good thing mentally or physically.

Rosenbaum: I got an opportunity to go on a Dutch ship when I was out at sea and the first thing that they did was open the taps and gave us a beer on the boat. That was normal for them. But on the US ships you're not allowed to drink at all.

CRN: So how do you go from there to Siebel?

At Siebel I wore suits and ties, which was funny. It was not your ‘wear shorts to work’ kind of high tech startup. Nobody ate at their desk, it was a very buttoned up culture. Lots of rules and very hard working, very by the book.

Salesforce is a lot more balanced. I have a ton of respect for what Tom Siebel did, though.

CRN: Tell me about the app economy.

Rosenbaum: I've spent the past four years at Salesforce building the App Exchange and App Economy. We are about helping companies transform how they relate to their customers. How do they sell to them, how do they service to them and how do they collect better data about them to service them? And can we make a set of apps but also a platform that makes it easier for them to do that and do it effectively?

The platform is important because Salesforce doesn't do everything. We recognised that early on and opened up the platform.

Partners can augment the value we provide. A really good example is field service. Salesforce does service but if you have got to schedule people out in trucks and there's a bunch of specific business processes that relate to people that do field service, we don't do that.

Partners like ServiceMax have jumped in and created that app and effectively gives that same value of cloud that Salesforce provides. Because everyone is working off the same cloud platform, Service Max is connected to your CRM system in much the same way the Facebook app on your phone is connected to Facebook.

Those apps can all work much more effectively together and SMEs can get these incredibly robust, functional, enterprise grade apps. Just like the biggest companies in the world.

CRN: Why should the CRM sit in the centre of the platform? Accounting software also wants to sit in the middle. Saasu, Xero and its ecosystem of apps are cheap as chips. And every company needs an accounting program.

Rosenbaum: We think a customer should be the centre of the way you organise your company. That's number one.

The other question is what system will help you grow and differentiate and innovate in your company? And I think that's where Salesforce comes in. These tools and technologies allow you to differentiate your product in the market and that allows you to grow.

CRN: But if I were an SME and you're talking to me about differentiation, innovation and collaboration, so what? They need to be shown what their peers are doing. So how do you sell that to SMEs without a broad channel?

Rosenbaum: A big part of what we do is really about talking to customers and educating them about what you can do and how to be successful with our applications.

We believe that solutions like the Salesforce platform make it easier to differentiate the value you provide to your customers. So that's why we're a strategic partner and that's why SMEs should be looking at Salesforce.

They should be saying, can I use this technology to build a mobile app that allows me to better connect to my customers? Or to build a customer community so all my customers can talk together about how they're using my product?

CRN: For resellers thinking about becoming a Salesforce partner for Force.com, what type of apps do well? And what kind of partners?

Rosenbaum: The apps that do really well are those where partners see opportunity in areas where Salesforce apps don't play. Field services, expense management, product configuration is an example.

AquaMobile in Singapore have found a sweet spot in mobile apps that they connect to Salesforce. So you find something that is sort of tangential to the core CRM apps that we provide and the size of the Salesforce customer base creates demand which you can fulfil.

Number two is industry specific expertise. Lots of partners have developed practices around selling and building expertise around a particular vertical and a set of processes that they can build on top of the Salesforce platform. Manufacturing is a good example.

I can build those things on the Force.com platform, integrate those with the CRM and then build a very good business selling these things to that vertical sweet spot. That's been another pattern that's been very, very successful.

CRN: That's always the dream, right? You can make a great app and sell it to a whole lot of people. But how well does it work for small companies in small countries selling in to the US market?

Rosenbaum: I don't have any stats off the top of my head but we have a whole program designed around facilitating that exact situation. In Australia if I've built an app and I think it’s got potential I can use the Salesforce partner program to plug into worldwide demand.

Take a company like Chameleon, they are a French company and they have built a tool that integrates to Salesforce. They have used our partner program and the sales distribution to gain global visibility. They will show up at an event in Chicago and New York and San Francisco and connect with customers all over the US.

We are a channel for them, effectively, and our whole program is designed around helping facilitate that.

CRN: Is Force.com the default platform for building cloud apps? It seems to have a good head start.

Rosenbaum: I don't know if it's the default, but for an app that is focused around how you connect with your customers it should be the default. 1700 apps, 1.6m installs, over 100,000 customers that partners can sell to. You look at the vibrancy and success in that ecosystem and we are far and away the leader.

Don't listen to me, talk to the partners out there. The gauge for me is I ask partners if they’re participating in other ecosystems. And most of what they tell me is I just don't have time. We're creating so much demand inside the Salesforce ecosystem that I'd be crazy to spend my time anywhere else.

CRN: I'm totally going to put in all that stuff in about the sub, by the way.

Rosenbaum: Go ahead, I'd love for you to write about the submarine. My most exciting job was that I was the assistant weapons officer.

CRN: And what do you get to do with that? Fluff up the missiles?

Rosenbaum: You get to climb around all the ballistic missiles. No, we don't fluff up the missiles.

CRN: Were there nukes on there?

Rosenbaum: I can't confirm or deny.

This article appeared in the June 2013 issue of CRN magazine. Subscribe now