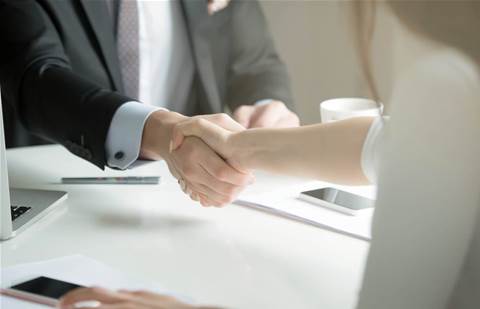 Talend, a developer of cloud data integration and data integrity software, has named Christal Bemont as the company’s new CEO, effective immediately. Bemont replaces Mike Tuchen, the company’s CEO for six years, who remains on the Talend board of directors.

Bemont joins Talend from SAP Concur where she was chief revenue officer for the developer of cloud-based travel and expense management applications.

Talend has also hired Ann-Christel Graham for the newly created position of chief revenue officer and appointed Jamie Kiser as chief customer officer. Like Bemont, Graham and Kiser both come to Talend from SAP Concur.

Talend, in a statement, said Bemont brings to the job significant expertise in leading go-to-market strategies to scale cloud businesses. She has a demonstrated track record in digital transformation, new market expansion and creating operational efficiency, as well as “channel and partner collaboration,” the company said.

“I’m thrilled to have Christal join as Talend’s CEO. She will be instrumental in accelerating our cloud transformation and broader go-to-market strategy,” said Steve Singh, chairman of Talend’s board of directors, in a statement. “I worked closely with Christal at Concur and at SAP, where she helped to scale a startup into a $1 billion-plus cloud business. The board is confident that her leadership skills, cloud market knowledge, and deep SaaS experience will help Talend execute against the opportunity in front of it.”

As SAP Concur’s chief revenue officer Bemont oversaw the development and execution of the company’s go-to-market strategies that sustained its 25 percent-plus annual sales growth. Earlier she held a number of sales and leadership positions across the company’s enterprise and SMB segments during her 15-year tenure. Before SAP Concur she worked at Motorola, Adex, Extensity and Clarify.

“The cloud plays an increasingly essential role in delivering business insights to the enterprise, and Talend plays an equally important role by providing the industry’s only cloud platform that removes the major hurdles preventing companies from using data as a strategic asset,” Bemont said in the statement. “Talend is now in a unique position to attack what has become a multi-billion-dollar cloud market opportunity.”

Tuchen led Talend for six years, taking the Redwood City, Calif.-based company from a $50 million startup to a publicly held company with nearly $250 million in annual sales. The company was on the 2019 CRN Big Data 100 list.

“As Talend’s CEO, Mike successfully implemented a multi-year strategy, growing the company to nearly US$250 million in revenue and transforming it into a leader in cloud integration,” chairman Singh said in the statement. “Over the past 18 months, Mike led Talend’s transformation to the cloud and achievement of our goal of reaching over half of new ARR [annual recurring revenue] from the cloud in the fourth quarter.”

Talend operates a channel program that includes VARs such as Keyrus, QuinScape and Prolifics; systems integrators including Slalom and Wavicle Data Solutions; and consulting firms, ISVs and cloud platform providers.

Ann-Christal Graham has nearly 20 years of Software-as-a-Service sales experience, most recently vice president of sales for enterprise clients at SAP Concur. Before that she held a range of sales jobs within the company.

Jamie Kiser, the new chief customer officer, has worked at SAP for more than six years in various product, services and implementation roles, most recently as vice president of global public sector for SAP Concur.

Talend also announced that it has hired new sales and marketing managers in Europe, appointing a new EMEA general manager and a new head of EMEA marketing. The company also said that Nanci Caldwell is stepping down from the company’s board.

Grow your software revenue by selling these 5 affordable, essential tools for the modern workplace
By Rick Whiting
Jan 16 2020
8:32AM