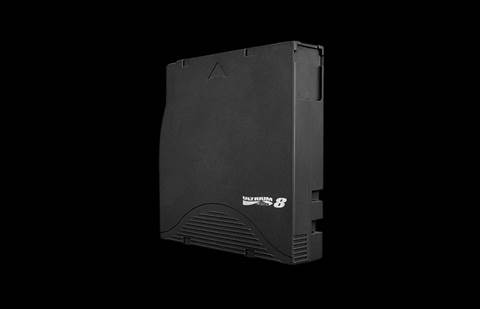 An intellectual property dispute raging through US courts has had the unintended consequence of making it all-but-impossible to find the latest generation of data storage tapes in Australia.

The dispute is between Sony and Fujifilm, which have fought a multi-year battle over patent infringements in their respective LTO-8 tape cartridges.

LTO – short for Linear Tape Open and branded “Ultrium” – has become the de facto standard for tape storage. LTO was created by a consortium off Certance (now Quantum), Hewlett Packard Enterprise, and IBM. The three give tape users comfort by publishing a long roadmap for future generations of tape – they’ve already defined 12th generation tape to arrive around a decade into the future. Ultrium is also designed so that third parties can licence its IP and make tapes or drives.

The most recent LTO version, LTO-8, was released in December 2017 and can store 12 terabytes per tape uncompressed and 30TB with compression applied – just the ticket in this big data age. But Fujifilm has problems with Sony’s tapes, so off to court they went. And have stayed there for quite some time.

But because of the dispute between Sony and Fujifilm, tapes are all-but-impossible to find at present. Sony Australia told CRN “The US imports of LTO-8 have been stopped at the moment. At this stage we are unable to provide any further information.”

At the time of writing, neither vendor’s Australian web even mention LTO-8! Online retailers have zero stock, or zero mentions of LTO-8.

Sydney tape specialist Stutch Data currently advises would-be users that it doesn’t expect to have any LTO-8 to sell for the foreseeable future.

Which isn’t a horrible annoyance for users, because even if LTO-8 doubles the capacity of LTO-7 the older standard can still store 15 terabytes of compressed data on each cassette. And as Stutch Data explains, putting an LTO-7 cartridge in an LTO-8 drive can see its capacity rise to 9TB raw or 22.5TB compressed capacity.

So tape users aren’t out of options.

But they may be running out of excuses to keep using tape: in April 2019 AWS cut the cost of archival cloud storage to two dollars per terabyte per month, a price designed to challenge tape economics.

Retrieval time for data on this AWS service is at least 12 hours, slower than tape, and AWS adds data retrieval charges too. But of course a cloud archive comes without the hassle of operating a tape library. And the hassle of wondering if legal disputes will disrupt your technology plans.

Grabbing the hybrid cloud opportunity with Lenovo and Azure Services
By Simon Sharwood
Jul 8 2019
9:22AM