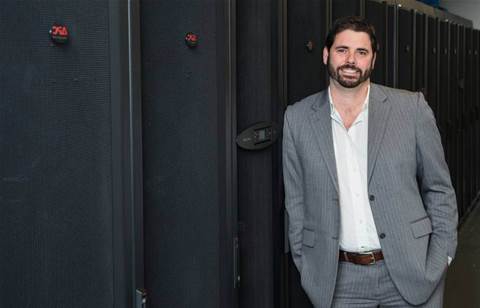 The chief executive of Hobart-based TasmaNet Joel Harris revealed he will step down next month to pursue new opportunities.

The telco and IT hosting infrastructure services company appointed former Telstra and Microsoft exec Elizabeth Aris as his replacement once Harris officially departs on 15 June.

Harris confirmed his departure last week on LinkedIn after more than ten years as CEO.

“After 10-plus years, now is the time for me to move on from TasmaNet,” Harris said on LinkedIn.

“I want to thank all the people that have helped me over the last 10 years in the building of TasmaNet and the delivery of services to our customers. Looking forward to following my nose and passion to the next chapter of my life.”

TasmaNet hired Aris in April to begin transitioning the role before Harris's departure.

Prior to joining the telco, Aris ran US-based digital SaaS platform Mosh until 2018 and held executive roles at Alcatel-Lucent, Telstra, Microsoft and Westpac.

“TasmaNet connected the first NBN Enterprise Ethernet service in Australia earlier this year after being among the first providers accredited to sell the new product, and has recently sold the largest deal to date to the Catholic Education Office in Tasmania,” Aris said.

“We have developed robust systems that allow us to deliver multiple upgraded connections quickly, and our direct relationship with NBN Co as a wholesale provider means we can manage complex projects with minimal service interruption to customers. Our customers enjoy Internet connections far better than the regular NBN product, for a similar price.”

Grabbing the hybrid cloud opportunity with Lenovo and Azure Services
By Nico Arboleda
May 29 2019
11:02AM