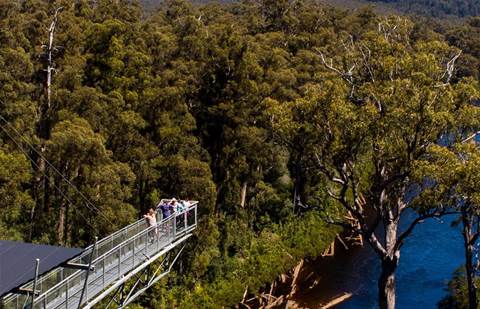 The company received the funding as part of the second round of Regional Connectivity Program Grants from the Federal Government.

TasmaNet said it will work directly with the Tahune Airwalk and Warra Ecosystem Observatory in southern Tasmania in the upgrade of the communications network.

“The Tahune Airwalk is a major draw card for the Huon Region, and currently there is only a small area onsite where wi-fi is available. From a tourism perspective, this limits the amount of promotion visitors can share online,” TasmaNet chief executive Rob Vernon said.

“During the devastating 2019 bushfires in the region, the lack of communication coverage around the site also hindered coordinating an effective response. Better connectivity is a huge safety benefit for the area, along with opening doors to new ICT technologies, including a new communication service at the Warra Ecosystem Observatory which will enable the facility to more efficiently collect and distribute important ecological research data.

“We’d like to thank the RCP Grant Committee and the Federal Government for realising the importance of this regional project.”

Grow your software revenue by selling these 5 affordable, essential tools for the modern workplace
By Ben Moore
Jun 10 2021
11:16AM