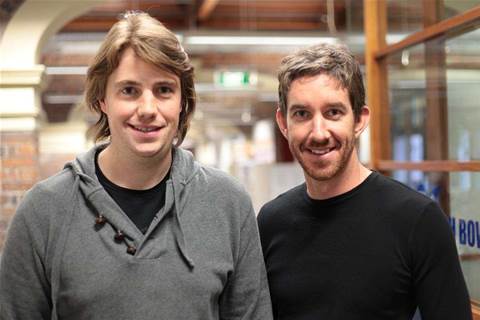 Scott Farquhar and Mike Cannon-Brookes rose to No.5 on this year's list making tools that made coders more efficient and took the grunt out of writing software. The two entrepreneurs have a combined wealth of $314 million compared to $64 million last year.

Atlassian has been profitable since it started in a bedroom in 2002, rising to occupy three offices in the heart of Sydney today. Last year, it made $58 million from 20,000 customers in 140 countries.

They were rewarded when US venture capitalist Accel Partners, which backed Facebook and admob, made the biggest software investment in the firm's history.

Atlassian recently spent some of the money on BitBucket, a hosted service for code sharing used by 60,000 developers around the world. Atlassian planned other acquisitions later this year and was in a constant hiring mode.

Technology industries were most favoured by the Young Rich who occupied 19 of the 100 slots in the list.

Denis Mackenzie, 40, managing director of ASX-listed CSG Group, debuted at No.15 in this year's list with a wealth of $97 million. He joined the company in 1996 and was appointed managing director five years later.

Other technologists included: consumer electronics manufacturer and e-tailer Ruslan Kogan, 27, with a wealth of $29 million; Rod Johnson, 40, with a wealth of $49 million after selling his software company Springsource to VMware for $420 million; and Andrew Lacy, 34, co-founder of Tapulous, which was recently acquired by Disney Interactive Media Group for about $US200 million.