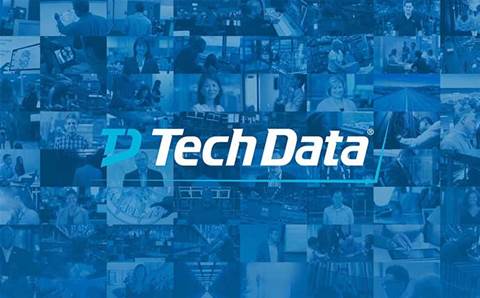 Tech Data CEO Rich Hume at an investors conference this week said growth in virtual distribution is outpacing the distributor’s overall business growth by as much as 3 to 1, and he expects that to continue for the foreseeable future.

“We’ll do a lot more virtual distribution moving into the future than we will physical distribution,” Hume said at the 21st Annual Needham Growth Conference in New York City.

“As a point of fact, in the last quarter we reported that we have now greater than a billion dollars of annualised virtual distribution billings and it was growing at 36 percent. Our overall business grew at about 11 percent. So as we move forward, I think this profile of 2 to 1 or 3 to 1 in growth in virtual distribution will run for a good period of time. It will ebb and flow by quarter, but in the average that’s how it will come out.”

Hume said Tech Data fills about US$150 million in orders daily, with an average order priced at US$3000. While there has been and will continue to be a shift in the delivery model of those orders, he does not expect that to change how Tech Data, its partners, or the end users interact.

“When we look out five years plus do we see a change with vendors and resellers? I think the change is in the delivery model, not necessarily in the relationship,” Hume said. “So as we all know there’s this shift going on where there’s higher growth rates in cloud Software as a Service, Infrastructure as a Service, than there is in the overall IT market. So we’ve positioned ourselves to take advantage of that by having a very, very competitive cloud marketplace platform.”

Hume also delivered a full-throated defense of the channel, telling the conference attendees that what keeps Tech Data and the channel competitive in an environment where vendors may want to dabble in direct sales is their unrivaled coverage and support.

“The question we get all the time is, ‘Why don’t they just go and buy from the vendor’s marketplace as opposed to your marketplace?’”Hume said. “The answer to that is some of our experience to date has been that some vendors have tried to open their channel to see what would happen, and they very quickly went back to a disciplined go-to-market strategy, recognizing that the resellers are the touchpoint for the end users and they provide service, support, consultation, etc. And that does not change.”

He said eliminating pain around billing is another area where the channel in general, and Tech Data, provide a service to buyers who may be tempted to go direct.

“Both the resellers and the customers have a preference of getting a consolidated billing of all their virtual activities, as opposed to getting a billing from vendor one, then vendor two, then vendor three, then vendor four, not having the ability to aggregate and report that efficiently,” he said.

Tech Data has also become better at streamlining its order process by incorporating business intelligence tools that eliminate guesswork and haggling with buyers, he said.

“We have incredible amounts of data, but we weren’t using that data to our best advantage to determine prices for the new quotes for new businesses,” he said. “We’re very organised now at using dashboards in front of sellers, telling them with a customer with a profile like you, here is price A, B, and C. Now instead of making that decision through negotiation, there’s more of a fact-based decision-making tool available.”

Eliminating departmental friction within MSPs
By O’Ryan Johnson
Jan 16 2019
10:56AM