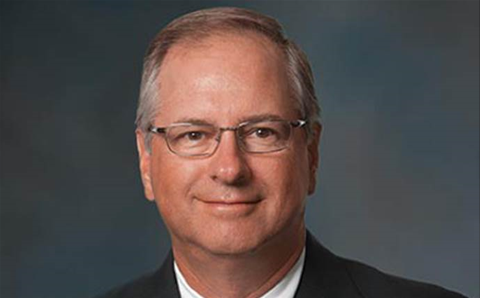 Tech Data chief executive Bob Dutkowsky is stepping aside from his day-to-day management role, leaving the way clear for chief operating officer Rich Hume to step up as the distributor's new CEO.

Dutkowsky plans on stepping down as CEO on 6 June and will transition to become the distributor's executive chairman.

Hume will become CEO on that date. He has also been nominated to join Tech Data's board of directors.

When Hume joined Tech Data in 2016, he was the company's first-ever chief operating officer and the heir-apparent to Dutkowsky, a Tech Data spokesperson told CRN USA. His eventual rise to chief executive was part of a long-term succession plan, the spokesperson said.

During his two years at Tech Data, Hume oversaw several major changes in the company, including Tech Data's 2017 US$2.6 billion acquisition of Avnet Technology Solutions. That acquisition gave Tech Data, which at the time was a traditional broadline distributor, access to advanced technology from Avnet, one of the industry's largest value-added distributors. It also gave Tech Data a presence in the Asia-Pacific market.

Dutkowsky has served as CEO of Tech Data since October 2006 and was named chairman last year. He has a long history in the IT industry stretching back to 1997 when he began a 20-year run at IBM, rising from salesman to eventually become vice president of worldwide sales and marketing for the company's RS/6000 product line. He also served as executive assistant to former IBM CEO Lou Gerstner.

Dutkowsky then joined EMC in 1997 and was president of that company's Data General business. That led to several executive roles in the IT industry from 2000 to 2006 before joining Tech Data.

Hume said he is excited to be taking over as Tech Data's CEO during a time when the company is redefining technology distribution.

"Over the past two years as COO, I have come to appreciate what a talented global team we have, and I look forward to leading this team as we build on our momentum and continue to create value for our customers, vendor partners, employees and shareholders," Hume said in a statement.

Dutkowsky said he has been honored to lead Tech Data, and that the company's success has made this a good time to transition to a new CEO.

"[Hume]'s strategic vision, experience and proven track record at Tech Data make him a natural choice for CEO as we enter our next chapter. Today's announcement underscores our deep bench of talent and, together, we will ensure a seamless transition for the benefit of all Tech Data stakeholders," Dutkowsky said in the statement.

Dutkowsky and Hume were unavailable for comment as of press time.

With the change in roles, Tech Data becomes the second major distributor this year to go through a major leadership change after Synnex unveiled the retirement of long-running CEO Kevin Murai and the promotion of Chief Operating Officer Dennis Polk in his place.

Steven Burke contributed to this story