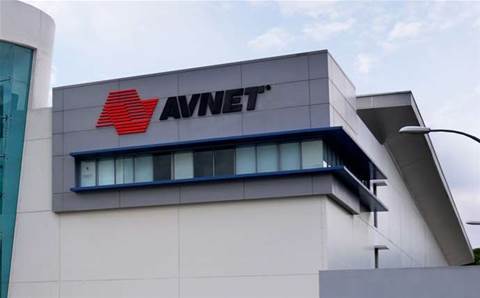 Tech Data's acquisition of global distributor Avnet's US$9.65 billion Technology Solutions business has officially completed. The closure of the US$2.6 billion deal, announced earlier this week, will boost US-based Tech Data's share of overall revenue coming from the data centre from just 29 percent to 45 percent while more than doubling operating income after cost savings.

Tech Data didn't have any Asia-Pacific presence prior to acquiring Avnet and said in January that European president Nestor Cano would be leaving the company on 1 April.

All told, the post-acquisition Tech Data will have 14,000 employees in 40 countries serving some 115,000 customers in more than 100 countries. Following the departure of TS, Avnet is now a pure-play semiconductor distributor.

"We have doubled down on our electronic components and integrated and embedded solutions business," Avnet chief executive Bill Amelio said in a statement. "We wish our former Technology Solutions' employees well as they start a new and successful chapter of their business history with Tech Data."

Tech Data shares dipped 12 cents, or 0.1 percent, to US$88.52 since the closing was announced, while Avnet shares dropped 28 cents, or 0.6 percent, to US$46.27. Tech Data expects to achieve annual cost savings of roughly $100 million within two years of closing due to technology platform efficiencies as well as duplicative functions and corporate expenses.