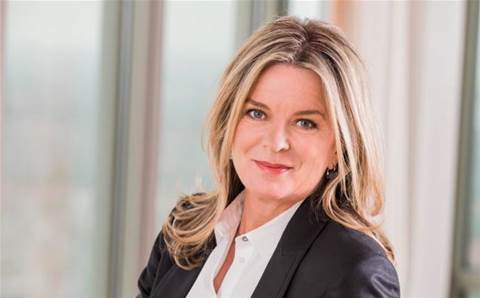 Tech Data Australia is readying to fire up a new e-commerce system in coming months as the local company rebuilds under new management.

The distributor will install a local instance of its global Shop.TechData platform in the first half of this year, Tech Data's Asia Pacific president, William Chu, revealed to CRN.

"We are currently in the process of implementing in Jakarta in Indonesia as a first country for Asia and then the second country will be in ANZ," said Chu.

The distributor is also preparing to deploy Tech Data's cloud enablement system, StreamOne Cloud Marketplace. This will be integrated into the company's StreamOne Enterprise Solutions, which was previously the Avnet Cloud Toolset.

"We have completed the implementation in India and we are waiting for the launch and subsequently, the second country again will be ANZ," Chu said.

With the completion of Tech Data's US$2.6 billion acquisition of Avnet Technology Solutions, the company is looking to accelerate growth in the Asia Pacific market, of which Australia is the largest country by revenue.

In its annual report to corporate regulator ASIC, Tech Data Australia and New Zealand reported a $70 million revenue decline to $410 million for the year ending 1 July 2017, with a $214,868 after-tax loss.

Chu told CRN that growth would come from existing vendors as well as bringing in new vendors.

"With Tech Data's support, we're attracting more and more suppliers reaching out to us and saying, "Hey, are you interested in working together?"

He pointed to Cloudera and Informatica as examples of these newly appointed vendors.

Locally, the distributor is heading into 2018 with "momentum", said Australia and New Zealand boss Wendy O'Keeffe, who joined the company in October and brought senior leadership credentials from Westcon-Comstor and Tech Pacific as well as board experience from Dicker Data.

O'Keeffe took over a company shaken by structural changes throughout 2017, including a global acquisition and the departure of long-term Australian boss Darren Adams.

"It's been an interesting year for the team," O'Keeffe said. "They've had a lot of change. A lot of management change and dealing with a lot of change – you know what it's like when you get a new manager. It's really hard. Even if they're great people, it's difficult."

Three months into the role, O'Keeffe is joined by a new-look management team that includes Pia Broadley, David Charlton and Ivan Hecimovic, who has returned from an Asia-Pacific position.

"It's been 90-odd days and in that time we've hired 27 staff and it creates this fabulous culture of momentum and excitement," she said.

"All the leadership team – myself, Pia, Dave, Ivan, who we've brought back from a regional role – all of us have got intimately involved in the recruitment process.

"We have driving this whole momentum of the business. We've been trying to make sure we're aligning all the resources where they can make a difference and we're seeing that energy now. We're focusing a lot around trying to make dealing with us easier and less complicated and less hierarchical."

The entire sales force – including account managers, inside sales, technical support and renewals – has been brought into one group reporting into Pia Broadley. "Customers should see us as more visible and responsive," O'Keeffe said.

Recruitment has focused on enablement, lead-generation and increasing the number of market-facing employees, she added.

"We decided to get really really clear about our focus this year. Part of that is around spending energy from an enablement perspective – and enablement not just internally, but from having an educated salesforce. In other words, being a safe pair of hands for the customer.

"But also making sure that from a vendor perspective, we are helping them enable that midmarket. So enablement is a big goal for us, and also lead generation. How do we create leads for our partners?

"We've doubled the number of people on the road – account managers. That's an area that we think will pay dividends," O'Keeffe.