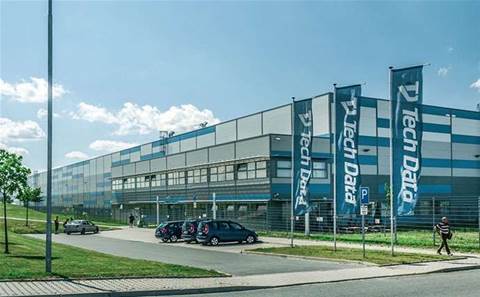 The distributor said its published growth rates indicate that both Tech Data's broad line and advanced technology businesses performed well in comparison with other companies.

"Our combined teams across the company are not only competing; they are winning in the marketplace," Dutkowsky told Wall Street analysts on Thursday. "It was a strong performance for Tech Data, and one that we would stack up against our competitors."

Dutkowsky's comments come four months after competitor Arrow Electronics announced that it had agreements in place to grab more than US$350 million in annual business from other distributors in the coming quarters. Dutkowsky said Tech Data expects to continue gaining profitable market share in key geographies and segments as the company expands its capabilities in next-generation technologies.

Tech Data is trying to position the recently acquired Technology Solutions business to have a focus beyond data centers. "We're building a distributor that doesn't care where the workload moves," Dutkowsky said.

The distributor said it is recruiting new vendors and building new skills in areas like converged infrastructure, solid-state infrastructure and software-defined computing. This will enable Tech Data to select architectures that will give the distributor an advantage in the marketplace, Dutkowsky said.

"The data centre is in transition, and we are transitioning our business along with that transition," Dutkowsky said. "In some regard, I think we're leading it."

Tech Data saw sales for the quarter ended April 30 climb to US$7.66 billion, up 29 percent from US$5.96 billion the year earlier. That handily beat Seeking Alpha's projection of US$7.32 billion.

The figures include two months of results from the Technology Solutions business, which was acquired from Avnet on 27 February for US$2.6 billion.

Tech Data's stock price climbed US$3.35 (3.45%) to US$100.32 per share in trading Thursday morning. That's the highest stock price the distribution has ever enjoyed in more than three decades as a publicly-traded company.

Tech Data is additionally yielding dividends from investments in its federal and SMB coverage model more than a year ago, Dutkowsky said. Specifically, Dutkowsky said the distributor has harnessed more sales capabilities targeting resellers selling into the federal space, coupled with a much more aggressive deployment of resources targeted at SMB customers.

As a result, Dutkowksy said Tech Data enjoyed a strong performance in its federal sector and its sixth consecutive quarter of double-digit growth in the SMB space. Unlike vendors such as Cisco, Dutkowsky said Tech Data wasn't affected by pockets of softness in the federal market since the distributor doesn't sell a lot of high-end routers and switches into that space.

Conversely, Dutkowsky said the diversity of Tech Data's coverage model and portfolio of products allows the distributor to skim off opportunities in each vertical market that will generate the best profitability.

Revenue for the Americas soared by 45 percent to US$3.5 billion as strength in the PC, networking, software, cloud and security markets was offset by declines in tablet, legacy storage and consumer electronic sales.

European sales, meanwhile, grew by 12 percent to US$4 billion as growth around smartphones, security, networking and software subscriptions was partially offset by weakness in the PC, storage and traditional software space.

Tech Data recorded US$188 billion of sales in its first quarter of Asia-Pacific operations. All of the sales are attributable to the Technology Solutions acquisition.