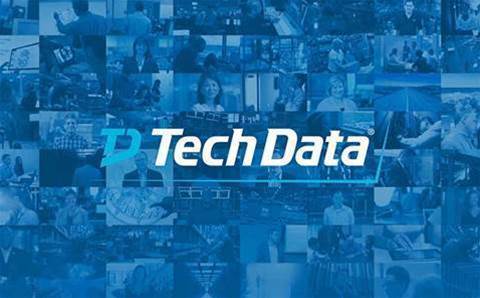 Tech Data Australia and New Zealand, the Australian arm of the global distributor formerly known as Avnet Technology Solutions, said its less-than-stellar 2017 financial result came down to market pressures and the company undergoing a significant transition, as it looks to a new financial year following the acquisition.

Global distributor Tech Data completed its $2.6 billion acquisition of Avnet Technology Solutions in February this year, a move which saw the US$35 billion distributor enter the Australian market for the first time.

Those figures represented a drop-off for the company, which in 2016 posted revenue of $480 million and profit of $7.6 million.

In the company’s financial report lodged with corporate regulator ASIC, company directors reported the sales decrease was the result of changes in market demand and competition.

Michael Costigan, Tech Data vice president, marketing, education and supplier management, Asia-Pacific, told CRN the results reflected a time when the company was in the midst of a transition following the acquisition by Tech Data, in addition to market pressures.

“Locally we saw the macroeconomic conditions really challenge the business. We see a lot what we would call second-platform business move to the third platform,” he said. “We’ve seen business models change from infrastructure solutions sales to annuity-based sales and so that had a material effect on the business.”

The distributor has made a series of significant appointments, with Wendy O'Keeffe stepping into the country manager role vacated by Darren Adams, former Insight sales director Pia Broadley joining as Tech Data's director of sales and operations, and former Ingram Micro general manager David Charlton coming onboard as director of business innovation.

Tech Data Advanced Solutions will now report in line with its global headquarters, with its new financial year set to finish at the end of January. As such the company is in the planning phase for new strategies for 2018.

Costigan said that as Tech Data looked to broaden its solutions and serve the Australian and New Zealand market, as well as the greater APAC region, new technologies including cloud, the internet of things, big data and analytics and security would be important elements in growing a “distributor of tomorrow”.

In particular, he pointed the company's cloud initiative, Stream One, which is Tech Data's cloud enablement system that will run alongside the existing Avnet cloud marketplace when it launches in Australia.

“If you go back to 2011 when the Technology Solutions business acquired itX, one of the businesses it acquired as part of that deal was a company called ICO, and ICO was a great managed services provider; that has become the Tech Data cloud business,” he said. "And we have people with very deep skills in that public and private cloud solutions space."

Tech Data will continue to focus on its integration and education services businesses. The distributor will build solutions for partners to take to customers, and also offer installation services should the partner require.

Tech Data will also ensure its partners are educated on new technologies as they arrived, Costigan said. The distributor was recently named a VMware education reseller.

“Bob sees Asia-Pacific as a strategic region, not just Australia and New Zealand,” Costigan added. “Were’ going to be aggressive and next-generation technology is going to be where we are really going to drive growth for our suppliers and also for our business partners.”

"Tech Data has other countries in our portfolio that are that size. That size business is a very attractive business for Tech Data. Even though we will approach US$35 billion in sales around the world, the concept of a contained market, which Australia represents, is a market we like a lot,” Dutkowsky said.

Costigan said the local team looked forward to making new announcements for 2018 under the completed rebrand of Tech Data.

“We are now Tech Data, we went through the rebranding of the business, it was an exciting time and we’re all thrilled and happy to be part of Tech Data across Asia-Pacific,” he said.

Eliminating departmental friction within MSPs
By Michael Jenkin
Nov 23 2017
7:05AM