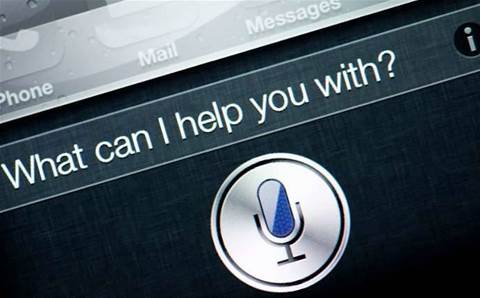 When users ask Siri, Apple’s digital assistant, what she likes to drink, she is quick with an answer.

"I have a thirst for knowledge," she responds.

Her counterpart at Microsoft, Cortana, opts for a very, very dry martini.

But M, the digital assistant Facebook is testing, deflects the question. "I don't have an opinion about that. What's your favourite drink?"

As the tech giants race to build ever better artificial intelligence platforms, they are obsessing over the nuances of their digital assistants' personalities.

For users, digital assistants are a gateway to powerful artificial intelligence tools developers expect to influence major decisions about what to buy and how to spend time.

The more tech companies can get users to rely on their digital assistants, the more valuable data they will accumulate about the spending habits, interests and preferences of users. The information could be fodder for lucrative digital advertising or a lever for companies to keep users locked into their ecosystems.

But companies are split on the best way to forge deep connections with users. Siri and Cortana are waging charm offensives, both quick to crack a joke or tell a story. Their elaborate personas are meant to keep users coming back.

Facebook has built M with no gender, personality or voice. The design bears some resemblance to Google's similarly impersonal assistant.

While catchy one-liners generate buzz, a digital assistant with personality risks alienating users or, the companies say, misleading them about the software's true purpose: carrying out simple tasks, much like a real-life assistant.

"We wanted M to be really open and able to do anything - a really white piece of paper - and see how people use it," Alex Lebrun, a Facebook executive who oversees the AI team for M, said in an interview with Reuters.

For tech companies, the stakes are high, said Matt McIlwain, managing director of Madrona Venture Group, since digital assistants can guide users to their own products and those of their advertisers and partners - and away from those of competitors. Google’s digital assistant, for example, uses the company’s search engine to fulfill user requests for information rather than Yahoo or Microsoft's Bing.

"That trusted assistant could function as my agent for all kinds of transactions and activities," McIlwain said.

Research from the late Stanford professor Clifford Nass, an expert on human-computer interaction, shows that users can become deeply invested in AI that seems human, though they are also more disappointed when the systems come up short, raising the stakes for companies that make the attempt. And what charms one user can annoy another - a danger that Facebook and Google have largely sidestepped.

Nevertheless, the Siri team concluded that personality was indispensable, said Gary Morgenthaler, an investor in Siri, the startup that created the eponymous assistant and was later acquired by Apple.

"If you are emulating a human being," he said, "then you are halfway into a human type of interaction."

Google has decided it doesn't want to take personality further without having a better handle on human emotion.

"It's very, very hard to have a computer be portrayed as a human," said Tamar Yehoshua, vice president of mobile search.

The Google app, making use of predictive technology known as Google Now, responds to questions in a female voice but has few other gendered touches and little personality.

The Google app does reflect its creator’s spirit of curiosity, however, by sharing fun facts, Yehoshua said.

Next: Facebook's team of human 'trainers' for M