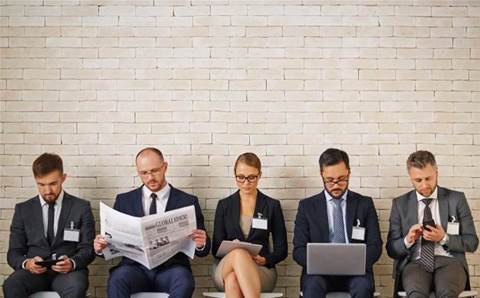 Australia's tech industry looks to have outpaced a sluggish jobs market, when measured by the number of vacant jobs on offer.

The Bureau counts most IT jobs in a category it calls "professional, scientific and technical services". Vacant jobs in that category rose by 3,500, or 14.1 percent, during the three months to February 2019. For the full year, job vacancies in the category grew 15 percent and as of February 28,300 jobs were up for grabs.

That growth in vacant jobs was hugely faster than the rest of the economy, in which total job vacancies rose by just 1.1 percent in the February 2019 quarter, and 9.2 percent for the entire year.

The professional, scientific and technical services category boasted the third-highest number of total vacancies, behind administrative and support services with 44,200 and health care and social assistance with 29,400.

While the number of vacancies in the tech industry continued to outpace the rest of the job market, February wasn't the highest figure. In the August quarter last year, there were 28,900 vacancies. 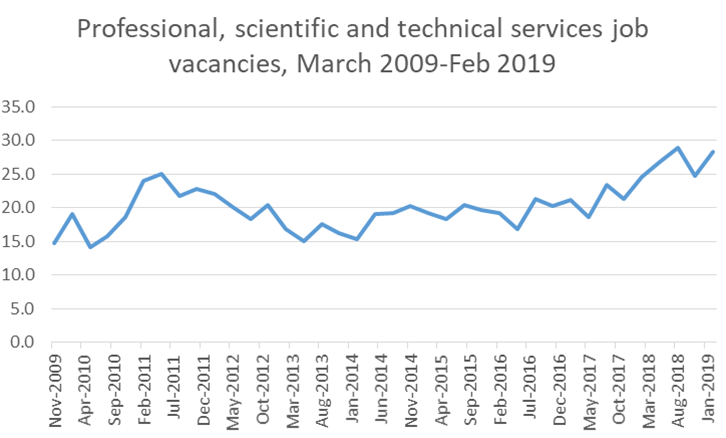 ABS also identified 2,700 job vacancies in a category that covers telcos and the media. That figure was 200 vacancies lower than the November quarter.

ABS chief economist Bruce Hockman said the rate of job vacancies was still growing, but had slowed down considerably given vacancies grew 5.2 percent in the same quarter of 2018.

"This was consistent with the recent slowing in other economic indicators," Hockman said.

Click here to see the ABS' data for yourself.