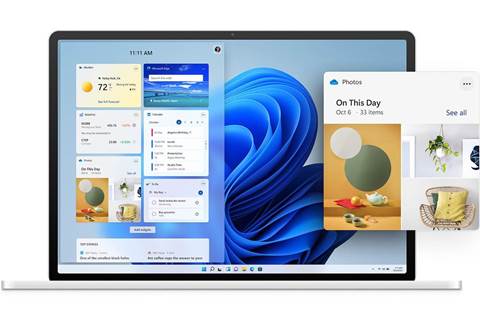 More than 55 percent of workstations will not automatically upgrade to Microsoft’s upcoming Windows 11 operating system due to the processing requirements, according to a Tuesday report by Lansweeper – and future Windows 11 upgrades are not guaranteed if workstations fail to meet the requirements.

Lansweeper, a Belgium-based IT asset management services provider, looked at about 30 million Windows devices from 60,000 organisations and determined that only 44.4 percent of workstations can receive an automatic upgrade based on CPU, which means many companies may resort to a costly and time-consuming manual update process.

Other findings from Lansweeper: one in 10 will not upgrade due to memory requirements and almost half fail to meet the security chip requirement or don’t have it enabled.

“For enterprises with thousands of Windows machines, preparing for the Windows 11 upgrade would be a massive task without automation – and even worse without an up-to-date IT asset inventory,” according to the report.

“It would be impossible to find all the devices using manual, paper-based processes, as many organisations have abandoned IT assets that are sitting idle but still connected to the network. The reality is, you can‘t update machines you don’t know you have.”

The report continued: “Without complete visibility across the IT estate, organisations could potentially waste hours and significant budget manually inspecting machines – not to mention the risk of missing outdated machines they don‘t know about.”

There are methods available for running Windows 11 on non-compatible hardware that Microsoft allows but does not openly condone.

According to the report, Windows 11 installation requires devices to “have a 1 GHz processor (or faster) with two or more cores on a 64-bit processor or SoC.”

“They also need 4GB of RAM and at least 64GB of storage,” according to the report. “Automatic upgrades to Windows 11 have additional system requirements like secure boot capable and TPM 2.0 enabled which make upgrading even more challenging. Devices that fail to meet these requirements simply can‘t be updated.”

About 91 percent of workstations met the RAM requirement for the automatic Windows 11 update. About 53 percent meet the TPM 2.0 security chip requirement.

“TPM has never been required for Windows and while TPM passthrough (vTPM) exists in order to give virtual machines a TPM, it is rarely used. Meaning that most VM workstations will need to be modified to get a vTPM before they can upgrade to Windows 11.”

Physical servers pass the TPM 2.0 requirement less than 2 percent of the time, meaning almost all of them would fail to upgrade if Microsoft makes a server OS with similar requirements in the future.