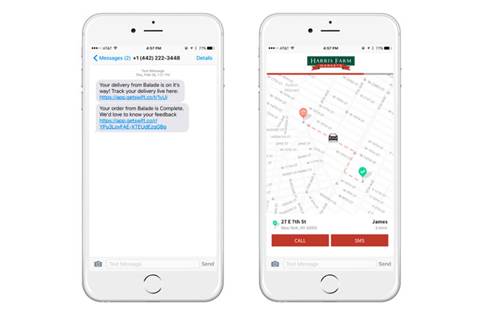 GetSwift, the one-time darling of Australia's tech startup scene, has seen its share price plummet after a return to trading following a one-month voluntary suspension.

The company, which offers technology for last-mile delivery, returned from the trading halt when the market opened today, and swiftly saw its share price lose more than half its value.

Shares were trading at $1.30 at time of writing. This marked a decline of 55 percent since the market opened today and a massive decline from its historic high of $4.60 on 6 December.

The company's market capitalisation had fallen to $139 million at time of writing.

Earlier, GetSwift provided further information relating to its long trading halt, which followed questions from the Australian Securities Exchange over the startup's decision to announce customer wins as multi-year deals when they were subject to pilot, trial or proof-of-concept periods.

In an announcement to the ASX today, the startup's managing director, Joel Macdonald, a former professional AFL player, said GetSwift was "comfortable that no further disclosure is required" and that it was in compliance with the ASX rule around continuous disclosure.

The ASX's enquiries had focused on four customer deals that GetSwift announced and which had each been followed by a one-day rise in its share price.

The shares rose 1.5 percent following a combined statement about deals with Betta Home Living and Fantastic Furniture, 4.35 percent after an announcement of a contract with FruitBox and 48.98 percent after GetSwift said it was working with the Commonwealth Bank.

The startup said its Betta Home Living deal remains in effect, and that it was hopeful the Fantastic Furniture deal could also continue, telling the ASX that it "was left with the impression that activity may resume".