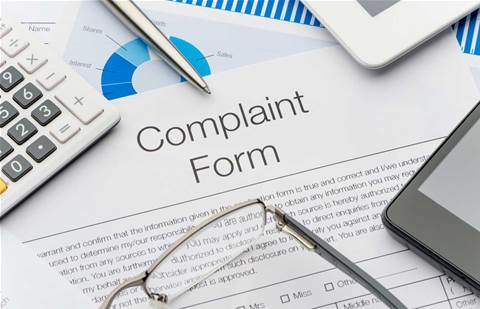 TechnologyOne is being sued by a second former employee over bullying allegations, a statement from the employee's legal representation revealed late Monday afternoon.

Monteiro confirmed to CRN that Harmers was her legal team in the matter, but was unable to comment further.

The law firm revealed a complaint had been filed with the Australian Human Rights Commission (AHRC), with Monteiro seeking, among other remedies, that the AHRC investigate “the bullying and sexist culture of TechnologyOne under the leadership and management of Adrian Di Marco”.

The Harmers statement also makes reference to last month's revelation that TechOne has also been engaged in a legal battle with former employee Behnam Roohizadegan since 2016, in which Roohizadegan claims he was bullied and unlawfully dismissed.

TechnologyOne denied the claim made in Harmers' statement, with chief executive Edward Chung commenting: "Harmers’ statement dated February 19 2018, is part of their standard operating procedure to use the media to publish unsubstantiated claims, in order to get companies to settle regardless of the merits of the case.

"Harmers are clearly mounting a campaign against TechnologyOne, and are out there ‘ambulance chasing’ supposed victims. Given we have employed many thousands of staff over our 30 years, I am sure there are a few disgruntled individuals."

"The allegations raised by these individuals were thoroughly and independently investigated at the time, and found to be baseless,” he said.

“We deny all the claims. TechnologyOne treats all staff with integrity and fairness. We have a large and competent HR team to ensure staff are well supported and that this sort of thing is appropriately managed. TechnologyOne is an independently recognised employer of choice.

"TechnologyOne views many of the statements made as mischievous, unsupported and emotive. These allegations are just that and are yet to be tested in court. TechnologyOne will be vigorously defending these claims and we remain confident of success."

Monteiro, who worked at the TechnologyOne office in Brisbane between 2015 and 2017, is seeking action against the company, Di Marco and senior executive Craig Taylor, director of cloud transition and enablement.

According to Harmers’ statement: “Ms Monteiro is also aware of a number of other victims of TechnologyOne bullying, including at least two who have attempted to commit suicide as a result of the alleged bullying culture at TechnologyOne.”

In the case made by Roodhizadegan last month, the former manager claimed to be owed $10.43 million in unpaid incentives and contractual bonuses, along with $4.39 million in bonuses from other key deals.

At that time, TechOne's Chung issued a statement denying the allegations and disagreeing with Roohizadegan's accounts on the incidents.

"This is an unfortunate situation, as we treat all staff issues with integrity and fairness. We deny the allegations made and we are vigorously defending the claim," Chung said.

“TechnologyOne dismissed Mr Roohizadegan because we had lost faith in his ability to lead the Victorian business, the business had stagnated under his leadership, the low staff morale in his region, there were very serious concerns raised by his team about him; as well as his inability to work with three different managers."

7 steps to MSP success: from pricing to specialisation
By Michael Jenkin
Feb 19 2018
4:40PM