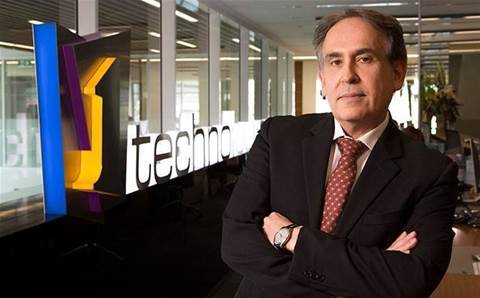 TechnologyOne faces losing a $122 million deal with the Brisbane City Council (BCC) if it can not stand up a functioning regulatory system within just six months.

Brisbane lord mayor Graham Quirk told media this morning that TechOne was "officially on notice" after an independent investigation revealed its local government systems replacement was running 18 months behind schedule and potentially $60 million over budget.

The project was originally expected to be completed by mid-2017, but has been delayed until the end of 2018.

"Obviously I’m not happy," Quirk said. "This is a significant overrun. But we have to get this back on track and that is my focus now. To make sure we continue to deliver this project."

The council said it stopped making payments to TechOne in October after the delays came to light, though it had already paid $20 million up to that point. The council expected to pay $122 million in the first ten years for the upgrade, and another $58 million the following decade.

Quirx said that the council would negotiate a new agreement requiring TechOne to appoint a systems integrator to help deliver "an acceptable IT system" within six months.

The direction is ironic, given the company's vocal objections to systems integrators and third-party organisations. Chief executive Adrian Di Marco has penned a series of blog posts slamming channel organisations for propagating a "highly inefficient and very poor business model".

TechOne responded to the Brisbane lord mayor's claims in a statement, saying there was "confusion and misunderstanding" on the council's behalf about the status of the project.

Di Marco wrote that the delay was a result of the council requesting substantially more functionality than originally tendered, which TechOne provided at no additional cost.

He said that BCC struggled to work with TechOne as a development partner, which introduced further delays.

“At the request of BCC the decision was made that TechnologyOne would complete the build of the new product before the project implementation continued. This change in strategy has introduced delays to the project,” he said.

As for the additional $60 million, Di Marco said that it had not included any cost from TechnologyOne, and questioned whether the size of BCC's team working on the project had an impact instead.

He added that TechOne had already delivered on the software build, which was handed over to BCC for the next stage of development.

"TechnologyOne remains committed to the successful completion of this project at BCC."