TechnologyOne has a month to mend Brisbane council relationship 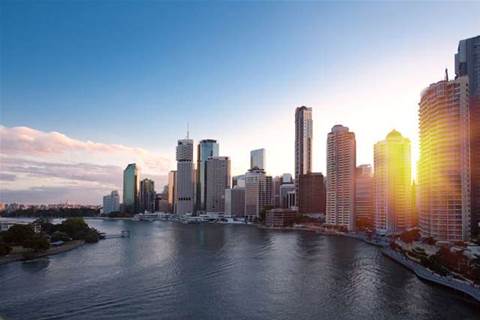 TechnologyOne has just under a month to prove why it should keep a troubled Brisbane City Council contract that has blown out by $60 million.

As first reported by CRN's sister title iTnews, the council yesterday issued TechnologyOne with a notice to show cause - the first step in legal action - over its role in the disastrous local government systems (LGS) project.

The council and the tech firm have been locked in a fierce war of words over who is to blame for the budget blowout.

The feud turned into a public spat in January when Brisbane City Council lord mayor Graham Quirk publicly admonished TechOne after an independent audit revealed the project was running 18 months late and at least $60 million over budget.

Quirk at the time said the company had six months to deliver the council a functioning system or risk losing the $180 million deal.

However, TechnologyOne has argued the council keeps shifting the goalposts and was seeking to make the firm a scapegoat for its own inability to manage the project.

The show cause notice issued by the council today escalates tensions further.

The technology firm now has 28 days to explain why the council shouldn't terminate the contract.

The council said it was forced to send the notice after TechnologyOne failed to "remedy a range of breaches identified in a notice to remedy breach issued on February 10" with a deadline of March 13, later extended to April 30. It said it sent a second remedy breach notice last week.

"Breaches include failure to meet key milestones and deliverables as specified in the contract and council believes that TechnologyOne has proceeded at a rate of progress so as to endanger the due and proper completion of the contract," the council said in a statement.

It said it will operate as normal until the 28 days are up, at which point it will "re-assess its legal position and ensure that ratepayers’ money is only used with robust governance".

"Should it become clear that the well-defined scope of the program, as agreed by both parties, will not be met, council will act in the best interests of ratepayers."

However, late last week the technology firm revealed it had issued its own notice of breach to the council for under-performance and the lack of progress since the battle kicked off in January.

It said executive chairman Adrian Di Marco had written to the lord mayor personally and offered to meet to address issues including alleged stonewalling of the project, but said Quirk had refused the request.

TechnologyOne also claimed to have presented two proposals to progress the project in a mutually beneficial way, which no action has been taken on.

The vendor said it was confident in its current legal and commercial standing.

Grow your software revenue by selling these 5 affordable, essential tools for the modern workplace
By Allie Coyne
May 3 2017
11:52AM