TechnologyOne lashes out at Brisbane City Council after contract termination 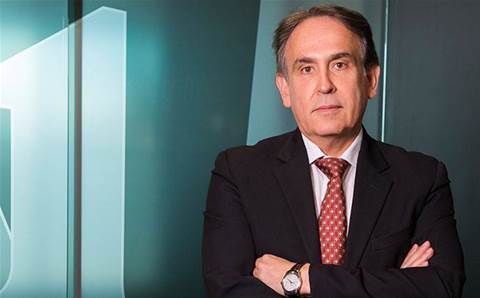 TechnologyOne has lashed out at Brisbane City Council after its contract was cancelled following a six-month public battle.

The council said Friday afternoon that it had cancelled the project due to "persistent and ongoing contract breaches, significant and unacceptable delays in progressing the contract and a complete loss of faith in the company’s ability to deliver a replacement system for council's IT systems".

TechOne said the cancellation was a "positive step forward" and that it had anticipated this outcome for some time.

The software vendor claimed the council was "was no longer genuinely pursuing a resolution to the dispute" and that TechOne could now redeploy resources elsewhere.

The company earlier this week said it would claim $50 million in damages if the contract was wrongfully terminated. BCC said it will also pursue damages.

But a dispute went public in January when Brisbane lord mayor Graham Quirk told media that TechOne was on notice for tbe project, claiming it was 18 months behind schedule and $60 million over budget. Quirk gave a six-month deadline to complete the project.

TechOne chairman Adrian Di Marco said the company was surprised at Quirk's announcement in January, because there had been no dispute up until then.

"This matter should never have been put in the public arena by the lord mayor," Di Marco said.

"BCC should have first followed the remedial processes allowed for in the contract away from the public spotlight. This would have allowed us to find a commercial resolution. The lord mayor's public announcement in January put both organisations on a collision course."

TechOne said it had always argued to take the matter to expedited arbitration in order to continue the project but claims BCC ignored its requests.

"Projects at times have problems, and in my 30 years in business, when this happens people get in a room to discuss it and find a commercial resolution. People do not go public until all avenues have been exhausted, especially if they have not previously raised a problem, let alone attempted to resolve the matter."

Di Marco said that it had become increasingly uncomfortable for TechOne to fulfil its obligations under the contract. He claimed this information was highlighted in the independent review, but the council refuses to publish it.

"If the report is damning on TechnologyOne then BCC would have released it. BCC are hiding this report from the public because it is damning on BCC and it will expose their unprofessional and disingenuous behaviour."