TechnologyOne responds to Brisbane City council notice to show cause 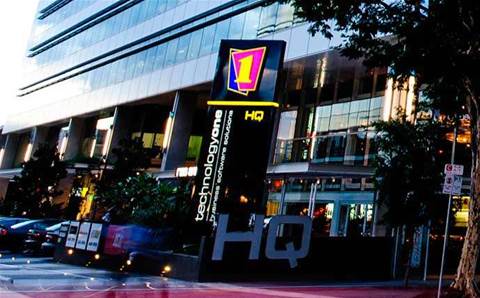 TechnologyOne remains confident of its legal and commercial position and said it would "vigorously pursue" its legal rights after this week being issued a 28-day notice to show cause over its role in the Brisbane City Council's (BCC) local government systems (LGS) project.

The council and the tech firm have been locked in a dispute over who is to blame for a project budget blowout since January, when Brisbane Lord Mayor told media the council's LGS replacement was running 18 months behind schedule and potentially $60 million over budget. At the time, TechOne clarified that the contract was for $50 million, not $122 million.

Responding to the BCC's latest announcement, TechOne yesterday published a five-page document listing the chronology of events leading to the "escalation of the dispute".

TechnologyOne executive chairman Adrian Di Marco said: "As the chronology provided shows, the BCC LGS Project was not in trouble when the Lord Mayor made his statement on 25 January 2017. The Lord Mayor had been given incorrect information. Since then progress has stopped on this project. Until the Lord Mayor’s statement there was no contractual dispute and all parties were working and progressing to the agreed contracted ‘go live date’ of January 2018."

The contract was initially awarded to the Brisbane vendor on 30 June 2015 for more than 10 years.

In the list of events, TechOne says that BCC was going to be the technology partner for the project but that it was struggling with being a development partner for several reasons, including treating the project as a custom software build and not a standard off-the-shelf product.

Some minor delays happened around September but both parties remained committed to the contracted go-live date of January 2018 and discuss the strategy to achieve this.

According to the chronology, Di Marco wrote to the Lord Mayor about the lack of progress since the Lord Mayor’s announcement and offered to meet in an attempt to resolve the matter.

Di Marco's letter read: "BCC has ‘spun its wheels’ and focused on ‘crossing minor items off’ rather than progressing the project... These minor items do not impact the ability of the project to move forward, and do not expose BCC to any adverse action. For unknown reasons, BCC has purposefully not allowed the project to proceed.

"A commercial approach would have allowed the project to continue in parallel while these minor items were addressed so the project could have remained on track to achieve the January 2018 ‘go live’ date. If this had occurred, the project would now be nearing the completion of the Verification and Configuration of Variation stages, with Key User Training about to start. None of this has been allowed to progress because of BCC’s bureaucratic and uncommercial approach."

The IT firm said it put proposals to BCC on two occasions in order for the project to continue but that the matter remained unresolved, being escalated to the recent 28-day notice.

Grow your software revenue by selling these 5 affordable, essential tools for the modern workplace
By Samira Sarraf
May 4 2017
7:04AM