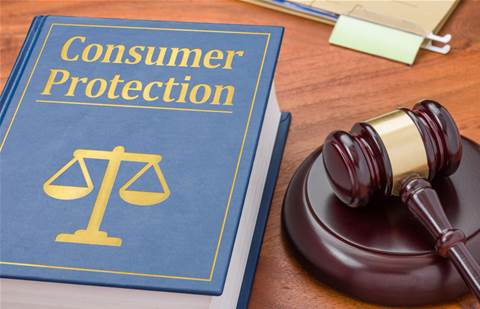 “The simple fact is that without competition at the wholesale level, network operators will not deliver in the interests of consumers, so we need a safety net to ensure a reliable level of service,” ACCAN chief executive Teresa Corbin said.

ACCAN specifically raised concerns about a proposal to allow providers to achieve peak download speeds of at least 25 Mbps at least once during a 24-hour period, or where a customer has ordered a higher speed service, reaching at least 50 percent of the download speed offered (whichever is the higher).

“There is no qualification around what time of day the networks have to achieve these speeds, so we could end up in a situation where a consumer gets 25 Mbps at 3:00am when they are fast asleep,” Corbin added. “But because they hit that threshold once in a 24-hour window, the network provider would be in the right.”

The proposed annual benchmarks for connection, fault repair and appointment keeping were also raised as concerns, as providers meeting a benchmark of 90 percent would still result in “substantial” numbers of missed appointments as well as connections and fault repairs completed outside the maximum timeframe.

A report by ACCAN in 2019 estimates that missed NBN appointments cost consumers $15 million at the time.

“If NBN Co were able to miss 10 percent of connection appointments, that would mean many Australian households and businesses could be left unconnected without NBN Co facing any consequences,” Corbin said.

“Telecommunications is a modern essential service. Given the importance of a reliable communications network to consumers and small businesses alike, there needs to be a transparent streamlined mechanism that encourages improved performance by network operators and compensates consumers for loss suffered. Unfortunately, there’s no such requirement for networks to provide rebates for missed service standards in the draft instrument.”

Another issue ACCAN raised is the proposal’s failure to differentiate standards and benchmarks for connections where the customer has a diagnosed life-threatening condition.

The group said those customers require a continuous service to be able to seek emergency medical assistance, and wants to have more protections and penalties applied to minimise the chance of those consumers being without phone and internet services.

“We’ve heard truly troubling stories from consumers about extraordinarily long wait times to get a problem resolved, such as a 103-year-old woman who lives alone with a diagnosed heart condition who was left without voice and internet services for two weeks after an NBN outage,” Corbin added.