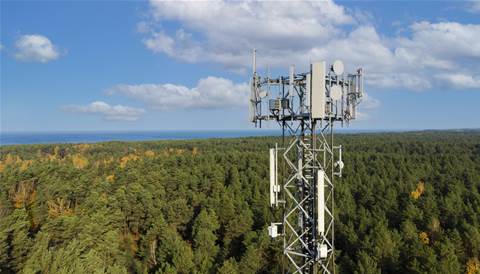 Commpete, an alliance of Australian "challenger telcos", are alleging that “there’s a dire lack of competition" in the mobile sector.

Commpete chair Michelle Lim at today's CommsDay Melbourne Congress called for the Australian Communications and Media Authority (ACMA) to review Australia’s Numbering Plan; for regulators to intervene to ensure there is more competition within the mobile sector; and for NBN Co to reduce its cost base and move to a flat rate pricing system.

The organisation represents eight Australian challenger providers of digital communications such as Field Solutions, Macquarie Telecom and Superloop, who together combine for nine percent of the mobile market share.

Lim said at the congress that mobile virtual network operators (MVNOs) and mobile network operators’ (MNOs’) "are not given the opportunity to actively participate to innovate” because “regulatory settings unduly favour scale and incumbency”.

Lim added that MVNOs rely on unregulated access to MNOs’ infrastructure despite MNOs being in a disproportionately strong bargaining position and largely able to dictate the terms of service agreements.

The recently proposed TPG-Telstra network sharing deal was cited as an example of how it is getting even more difficult for MVNOs to negotiate reasonable terms.

Commpete said TPG will be significantly reliant on receiving wholesale access to Telstra’s network, meaning the number of mobile networks in Australia will effectively go from potentially four prior to the TPG/Vodafone merger, down to only two-and-a-half.

Lim said there was also a lack of competition in regional Australia’s mobile sector compared to urban consumers, who can choose from a wider range of mobile services. She added the lack of regional competition could be solved with domestic roaming arrangements or a successful neutral hosting model.

Lim also called on NBN Co to reduce its cost base and move to a flat rate pricing system.

“We see one as enabling the other, because a lower cost base provides the headroom to lower pricing and to do away with any need for the variable connectivity virtual circuit (CVC) charge,” she said.

“Australia’s Numbering Plan is extremely out of date and no longer fit for purpose,” Lim added.

“Commpete believes that infrastructure - whether it be mobile 5G, fixed wireless, satellite, Fibre to the Premises - should be increasingly treated as a technology agnostic platform.”

“This would facilitate competition at the service layer and encourage our regulatory regime to slowly transition away from compartmentalised technology-specific regulatory silos.”