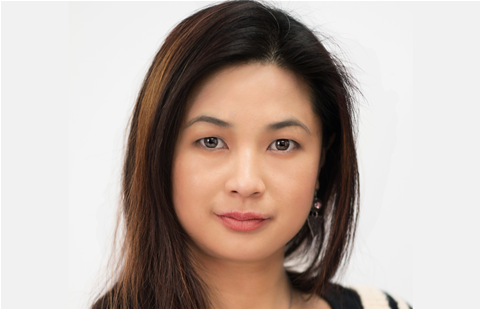 Australian telco group Commpete has opposed the proposed Telstra and TPG mobile network and spectrum sharing agreement announced earlier this year, claiming that the tie-up “is not in the strategic interests” of the Australian public.

TPG and Telstra in February agreed to a multi-year network sharing deal to provide the former access to around 3700 Telstra cellular towers in regional Australia and on urban fringes, while the latter would gain access to TPG’s 4G and 5G spectrum holdings.

Commpete, whose members include Vocus, Macquarie Telecom, Tasmanet and more, said Telstra’s claim that the sharing arrangement would improve competition in regional areas was “dishonest”.

“Current policy design is predicated on Australia having sufficient competition in our mobile sector. This couldn’t be further from the truth, and this deal would just further entrench Telstra’s dominance,” Compete chair Michelle Lim said.

“This proposed merger begs the question about whether we’re heading straight back to a monopoly arrangement for mobile infrastructure in an environment where mobile regulation – or lack thereof – already unduly favours scale and incumbency.

“We need to ensure competition is not stymied by and there is a healthy diversity in the retail and wholesale service providers serving regional Australia.”

The network sharing deal is currently undergoing an approval process with the Australian Competition and Consumer Commission, which has also opened the deal for industry commentary.

Along with Commpete, Optus has also publicly opposed the deal. As reported by iTnews in March, Optus VP of regulatory and public affairs Andrew Sheridan said TPG’s intention to “decommission over 700 sites ...” represented the company “waving the white flag on regional Australia”. He also said the deal would create the prospect of a regional 5G monopoly that would exacerbate the digital divide.

Lim said the timing of the network sharing deal comes at a time of “major” growth for regional Australia, saying that growth required a level playing field for telcos to capitalise on the opportunity and to ensure fair costs and access for the Australian public. She also cited Telstra’s indication of potential price rises, and the potential monopolisation would add to an Australian public that’s already dealing with inflation.

“We must look beyond claimed short term incentives which may be promoted by the deal parties, and instead take a strategic view for all Australians and where market competition will help fuel digital growth,” Lim added.

“This means all steps should be taken to encourage a market structure which supports the best competition outcomes, one that provides the best flexibility, choice and value for regional Australia in the future.

“Commpete urges the ACCC to apply utmost scrutiny in this inquiry. Concentrated control over national spectrum resources risks foreclosing mobile market opportunities for other competitors, so this merger cannot simply be ushered through.”

“TPG Telecom’s proposed network sharing deal will benefit more than five million customers across Australia overnight. It will strengthen TPG Telecom as a competitor in areas where we have not been able to previously compete, and bring real choice to millions of customers in regional Australia,” a TPG spokesperson told CRN.

Speaking on Optus' opposition, the spokesperson said the network sharing was "nothing like the old days" and it was the first time an incumbent provider has decided to give up a key network advantage.

“This infrastructure sharing arrangement is not without commercial risk to Telstra. TPG will have the ability to compete for and win a substantially increased share of customers in regional Australia from both Telstra and Optus," the spokesperson added.

“There is no truth to Optus’ claims that its access to spectrum will be restricted in some way. The numbers do not mislead - Optus will have more low-band and mid-band spectrum per subscriber in regional Australia than Telstra and TPG after they pool their spectrum. Importantly, the TPG spectrum must be used by Telstra in the shared regional network for the benefit of both TPG and Telstra customers.

“Optus is terrified because it knows this deal brings real customer choice and competition to regional Australia. It is deliberately twisting the facts to suit its own commercial agenda at the expense of TPG customers who should be allowed have access to the superior regional mobile coverage enjoyed by Optus and Telstra customers.”